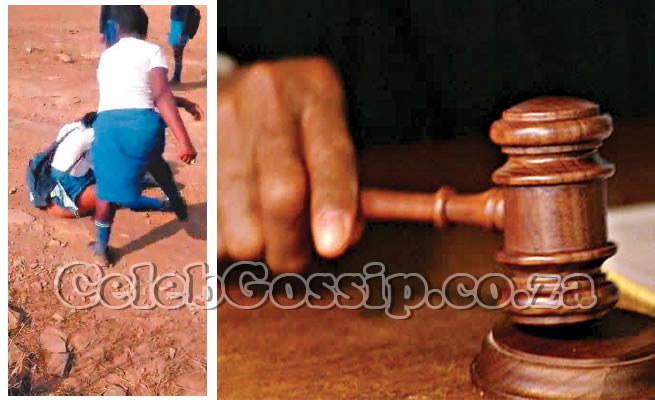 A 16-YEAR-OLD Zululand schoolgirl was handed a one-year community service sentence for a bullying incident that went viral on social media last year.

In September, scores of outraged people took to social media when the video of a schoolgirl being assaulted by another at Mathole High School went online.

In the footage, one girl is seen repeatedly kicking and punching her victim, forcing her to the ground and exposing her by ripping off her underwear while other pupils watched and laughed.
The victim’s family said she suffered severe psychological trauma as a result of the attack.

“According to the sentence, she will be placed under the supervision of a probation officer for 12 months. In addition, she will be referred for intensive therapy to manage the issues that prompted such behaviour,” said Kara.

In handing down the sentence, Magistrate Fathima Khawula set out certain conditions.

The teenager may not leave the magisterial district without prior written consent from the probation officer.

She must also submit a written apology to the victim, and the probation officer must facilitate a mediation session between the accused and the victim. The Director of Public Prosecutions in KZN, Advocate Elaine Zungu welcomed the finalisation of the matter.

“We acknowledge the prevalence of bullying in schools. We will give this the necessary attention and ensure prosecutions accordingly.”