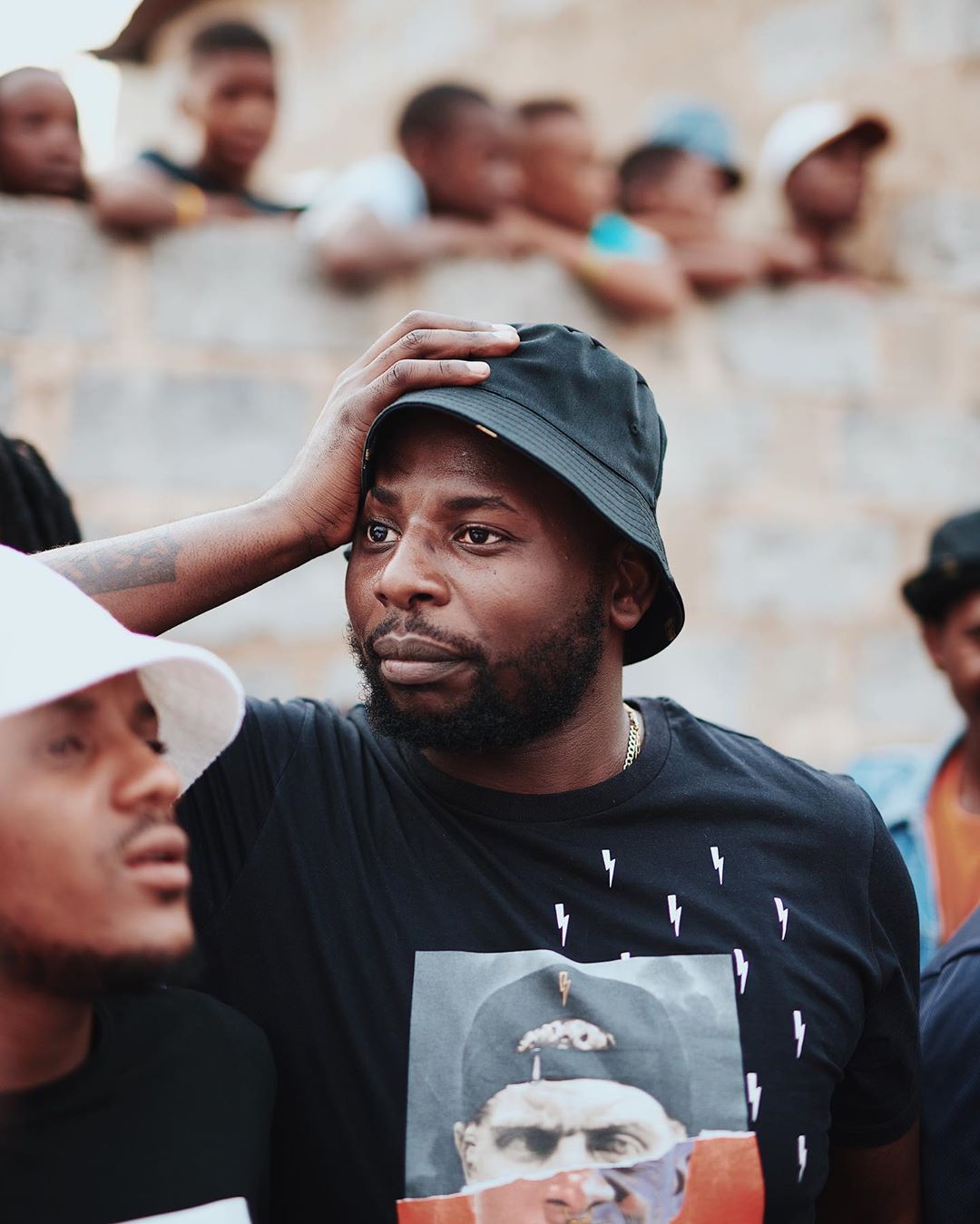 If you think the drama with Thuli Phongolo, DJ Maphorisa and Mr JazziQ is over, think again. Now, the spotlight switches to Phori. He was recently spotted looking tired and heart broken and the internet has concluded that it is because of what Thuli P did to him. If you are confused on what it is she did, worry not, we’ve got you.

In recent weeks, Thuli P has been linked to different men, and tweeps seem to think she is dating all of them. Odd, I know. But the juiciest was when Mr JazziQ posted pictures of himself and Thuli looking very cozy and familiar with each other. Although she came out and denied being involved with him, the internet was not convinced and they are sure she is only covering up.

That was all before she posted a picture on Instagram, which was subsequently seen as her coming out of the closet as gay. It’s a lot! Just read all about it here.

Anyway, following the whole drama, Phori posted some cryptic messages on Twitter that had the internet thinking he was throwing subtle shade at Mr JazziQ. We wouldn’t blame him though, would you? I mean, the man just took his girl.

Now a video has emerged of DJ Maphorisa at a gig, and it is the saddest thing you’ll see today. If you’ve ever watched Phori DJ at a gig, you know how much energy he brings to his performances. But this time, that was not the case. Our fave looked tired and broken, and like he didn’t really want to be there. He takes a long pause and just stares off into space, like he is really contemplating his life.

Obviously, tweeps have concluded that it is about Thuli. Have you ever been heartbroken? If you have, you know exactly what that video shows. Heartbreak can be nasty. And Phori looks like he is really going through it. We feel so bad for him.

What if he’s just tired? pic.twitter.com/NzcwB2MGt3

As if that was not bad enough, problematic YouTuber Slik Talk recorded a video calling him a simp. Apparently, no man should be crying over a woman the way Phori was broken over Thuli P in that video, and the fact that Phori is behaving like that is downright embarrassing for him.

Fans are erupting in laughter over Slik Talk’s “deep” analysis of Phori’s predicament. That’s not nice, guys. Don’t laugh at the man.

What's the title of this song? I've heard it several times.🔥

For now, we wait to see what Thuli P will have to say about her man’s (I mean, Maphorisa, not JazziQ) heart break. We hope she’ll be gentle with him. Poor man.

That lawless nigga Slik talk just aploaded a video on you tube dissing DJ Maphorisa athi he is a simp 😂😂 pic.twitter.com/QOMO8r6zuW