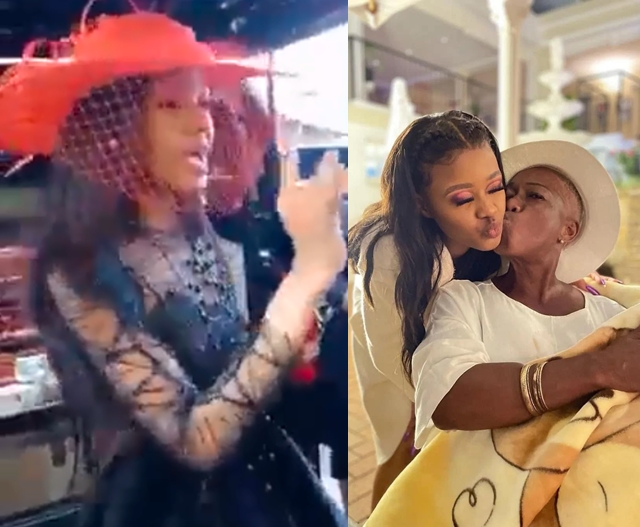 South African singer, Babes Wodumo was seen as a young widow celebrating her husband’s life the way he lived it, at first. Which was dancing and having a good time. Now, her doing the exact same thing at her mother-in-law’s funeral left a bitter taste in social media users’ mouths, who called her out for being too extra.

Those that defended Babes Wodumo for dancing at Mandla ‘Mampintsha’ Maphumulo‘s memorial service and giving an emotional speech laced with satire here and there, have now made a u-turn after watching those videos of her dancing and twerking at Zamanguni Gumede’s funeral service. Despite rumors that Babes Wodumo was banned from attending the funeral along with her family, she showed u and gave her mother-in-law a send-off as she saw fit.

We are in a bad shape as an African body. There’s no way we can explain Babes Wodumo and not reflect it back on all of us.

Is the next step to dance on top of the coffin itself? A group psychology gone bad.

Babes Wodumo at her mother in law's funeral. pic.twitter.com/wpTNFJ1pq7

Babes Wodumo dancing at the funeral of her late mamazala😒. pic.twitter.com/TGSIPmVQqm

Babes Wodumo is having the time of her life😭😭😭😭