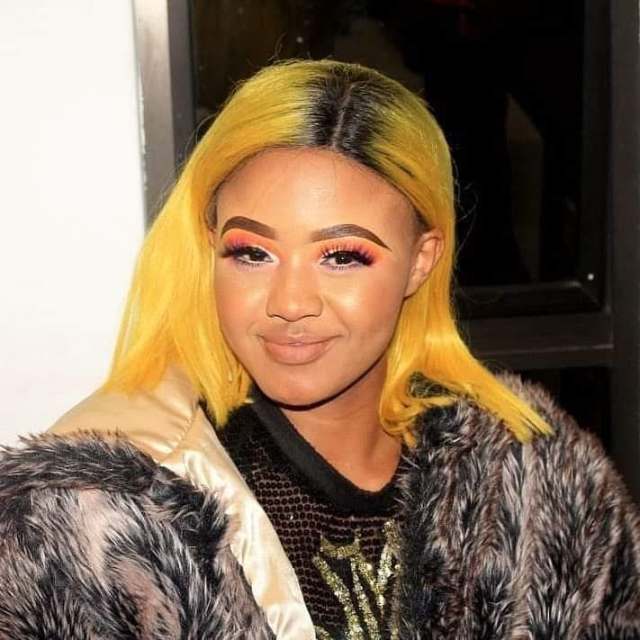 A video has been making waves on social media, of the newly-wed Babes Wodumo, talking to a reporter alongside one of Africa’s biggest rappers; Nasty C.

In the video, Babes Wodumo tries to impress her fans at home by speaking English, but it ends in tears, as the English destroy her completely without mercy; to a point where she reverted to speaking in her native language, Isizulu.

“As you can see, we are very ready and as you can see; I have dyed my hair orange” said the Wololo hit-maker.

This puzzled viewers at home because her hair was in a purple color.
Opinions were halved on the matter, with her day one fans defending her and applauding her for speaking in and embracing her native language. But as for others, they were not so kind to her- with the CBD/black Twitter coming out guns blazing for her head.

Go through the replies if you don’t believe me. https://t.co/VFWG9KRuhU