Video: Mzansi Reacts As Spiderman Shows Off His Moves On eNCA

Video: Mzansi Reacts As Spiderman Shows Off His Moves On eNCA 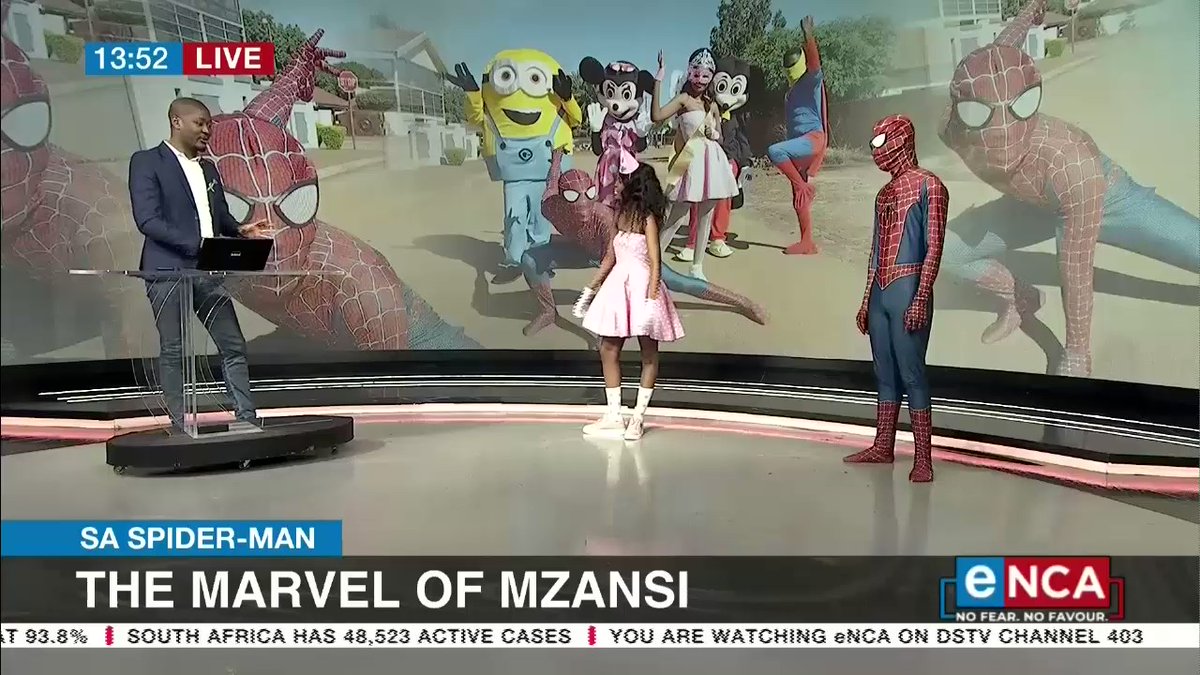 It is no secret that Spiderman is busy these days, we have had to tolerate having him everywhere in clubs and events in South Africa, he has just been everywhere.

It seems like he is here to stay and his visit to one of the biggest television news broadcasters has kind of confirmed that, we might continue seeing him.

Now, you probably know how this Spiderman thing started, these costumes have been around since forever and nobody really paid attention to them till a month or so ago.

There was one video where a man was wearing a Spiderman costume, he was dancing to Amapiano songs and the video went viral.

Soon after that, people could not get enough of this whole idea of Spiderman being at events, dancing to Amapiano. It was quite cool and still is, now people treat everyone who has a spiderman costume on like a celebrity.

Basically, people will just go crazy if you dance with the spiderman costume on, one can only wonder when this will all end.

Spiderman was on eNCA and people had a lot to say about his appearance there, how did the whole thing come about? And how did they know which spiderman to call if they were the ones who reached out?

Maybe there is the original Spiderman, maybe this is the Spiderman that we have seen with some of the biggest Amapiano singers and DJs.

This whole Spiderman thing is interesting and this kind of shows that we always find a way to make a joke of everything. When this thing ends, something else will come up, one can only wonder what the next trend will be.

It actually might be something that we did not expect, South Africans can be weird at times, that is probably why we can never really guess what will happen next.