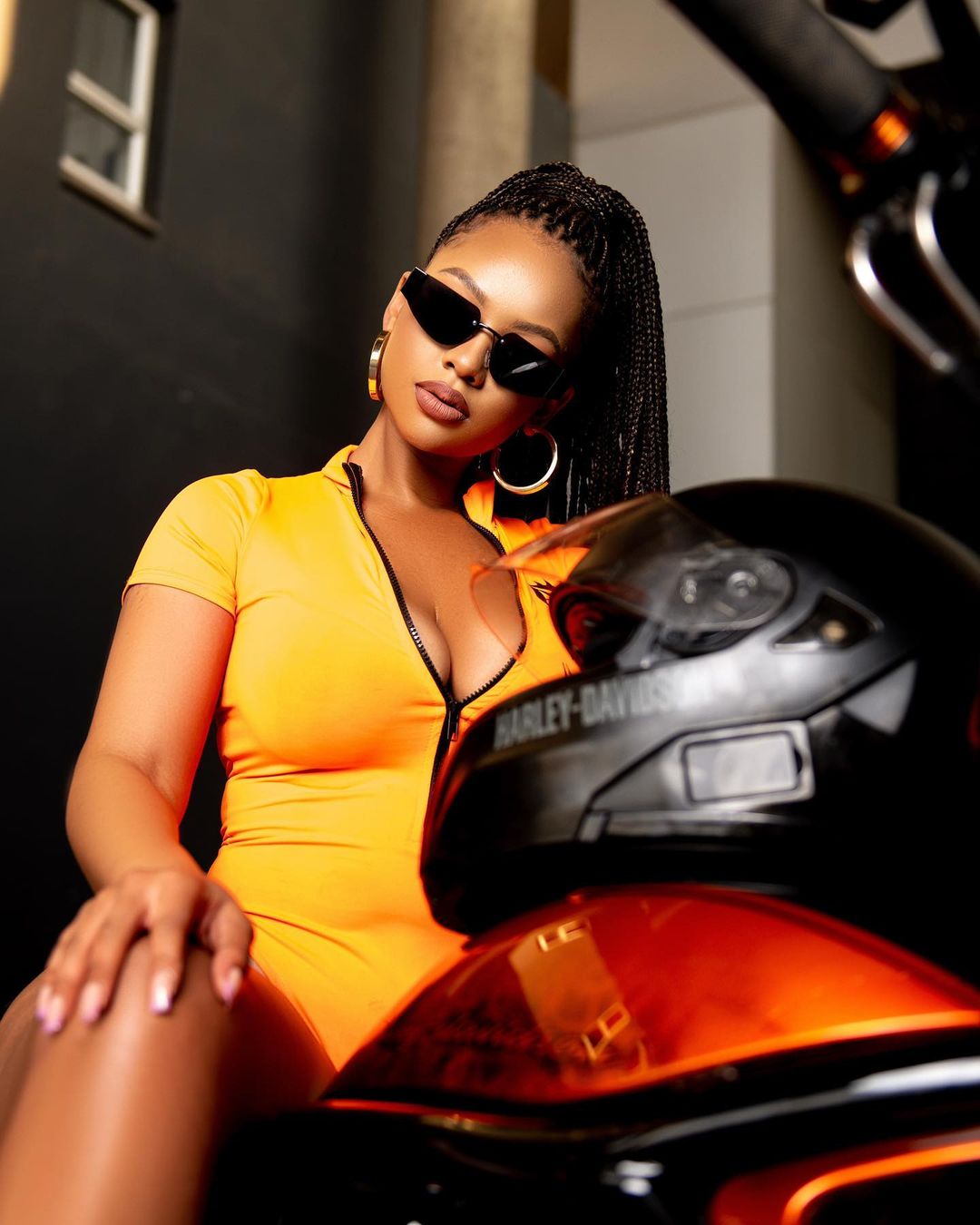 In the comments section, fans said they were hoping that she was not going to drink this time around. However, Mihlali answered a few other questions and spilled some hot tea.

Amongst others, she addressed accusations that she stole someone’s man.

In case you missed it, In May, a Twitter user called Meeshka accused Mihlali of stealing her man. 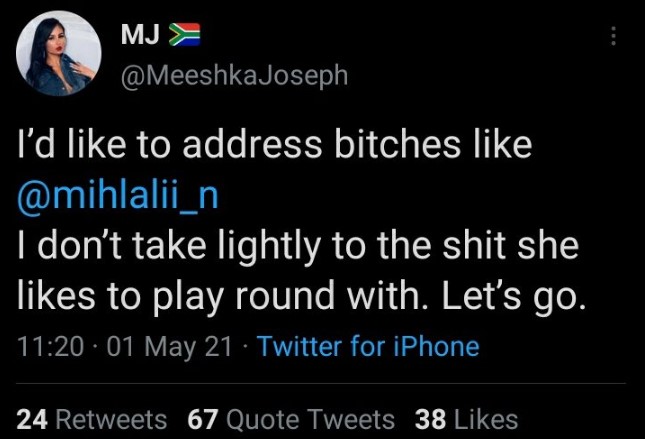 Meeshka put Mihlali on blast claiming that Mihlali is belittling other women. She went as far as tagging a brand that Mihlali was working with at the time. Meeshka later deleted her tweets. Here are few screenshots of her tweets. 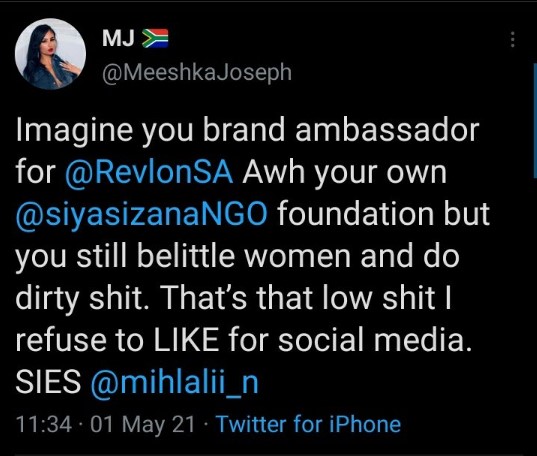 Addressing the accusations today on Lasizwe’s YouTube Channel, Mihlali said: “Last time I checked man are human beings who are grown, who can make their own decisions. He is not a sack of potatoes, I have never stolen a man, I don’t know how to steal and that’s my answer.”

Mihlali also spoke about her relationship with one of the Major League twins.

Lasizwe asked: “Did you date the Major League twins and if so between Bandile and Banele who was it?”

“I mean this is public knowledge, yes I dated one of the Major League twins, and I dated Banele Mbere. You gotta own your truth!… that was my man and I stood by him. He is a very nice guy,” responded Mihlali.

A few weeks ago Mihlali spoke about how much she makes on her campaigns. she was a guest on The Banques and Venom show on YFM.