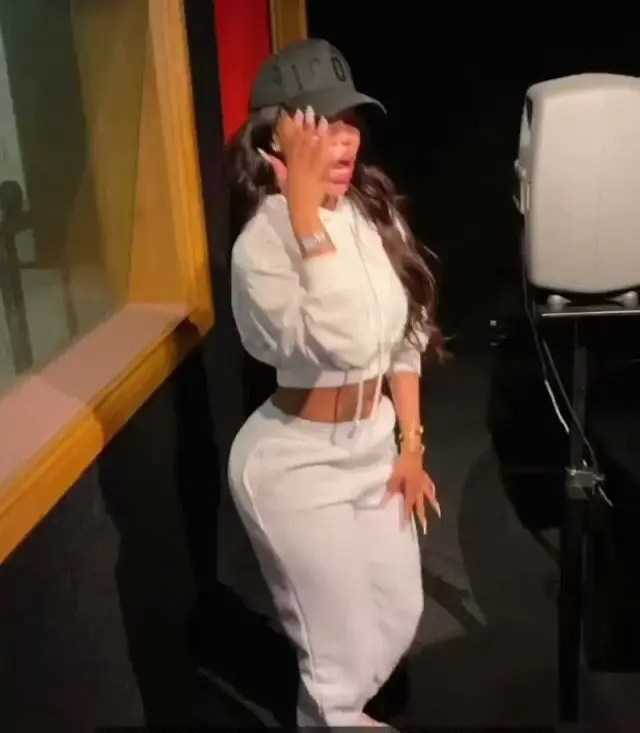 One thing about Faith Nketsi, she is not a quitter. The reality TV show star had some news to share with her fans this week. Faith is officially back in studio and working on new music.

She also announced that her reality TV show is coming back better than ever later this month on 25 October for the 3rd season and fans are already looking forward to it.

She shared a series of videos on her IG stories showing her fans that she is back with a bang, and by the look of things she is having fun making new music.

However, it seems like tweeps are still not ready for her new offering. Here are few reactions from Twitter.

Faith’s first attempt did not work out well for her. In 2019 she teamed up with DJ Maphorisa to start her career in music. She was signed under Maphorisa’s Blaq Boy Records and released an EP titled Disrespectful.

The EP received a lot of negative responses on social media. At the time, there was also a hashtag #RapLikeFaith which was a direct mockery of her rap game.

She seemed unbothered at first, responding to the backlash then, she said she won’t pay attention to trolls’, “you can never ever win with social media, People sit and criticize u, judge u, etc… Lord knows how many problems they have, they are miserable. You didn’t have to do this sis. I’d never go this far to prove my innocence to people that don’t even know me. Sheesh, no ways! Such power.”

Amid all the social media hate, Fans started suspecting that Maphorisa had also dropped her after he released a list of artists signed under him, and Faith’s name was not on the list.

Her management later announced that she was leaving the music scenes following the backlash she received after debuting herself as a rapper.
However, Faith had also received support from other rap queens including Nadia Nakai. Nadia came to her defense when she was being dragged on Twitter.

She told people to give Faith a chance and allow her to find her feet in the game. “Y’all really need to stop this hate train on Faith, it’s her first project… allow her to grow dammit!!! She’s just starting… y’all can be so mean!!! Women are such an easy target for y’all on this app… sick of it. Stop,” tweeted Nadia showing her support for Faith.

Faith Nketsi is back in studio working on new music pic.twitter.com/9zeVBDANiv