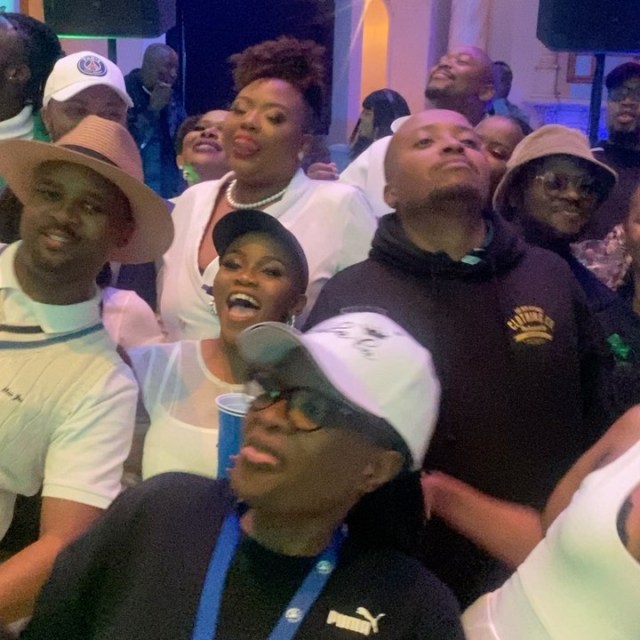 Anele Mdoda recently celebrated her 37th birthday and it was a blast.

The star’s birthday party was Wimbledon themed, and every participant were expected to dress like there were going for a Wimbledon (oldest Tennis tournament). Many of her friends including Somizi came together to celebrate with her.

Anele however scooped pictures and videos from the event and also participated in the Dakiwe Challenge. The TV host did not do it alone as she was joined by some of her friends.

Anele wasn’t sure if she did it well but she asked her fans not to judge her as she tried her best.