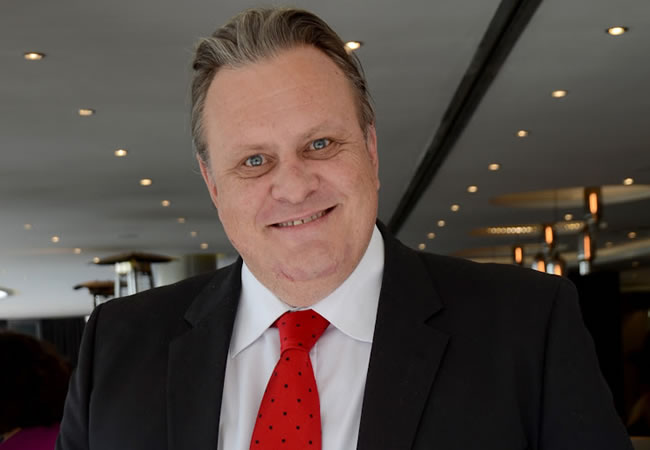 Veteran TV and radio personality Jeremy Mansfield has died, his close friend Samantha Cowen confirmed in a statement on Monday.

“This morning a light went out in the world. Jeremy Mansfield passed away just before dawn. He died peacefully at home surrounded by family and friends and boundless love.

“Jeremy lived large. He didn’t know how to do small. He loved hard, laughed loud and managed to combine mischief and mayhem with heart and soul. The city was brighter and lighter with him on the airwaves. He changed lives every day. When he wasn’t raising millions for charity, he was raising fresh hell.

“Under a naughty exterior Jeremy had a huge soft heart. A lot of people got to see and hear that over the radio but he saved his vulnerability for a select few. He was determined the world be a better and shinier and funnier place and he drove the road to that destination at 1,000 miles an hour with no rearview mirror, all of the rest of us clinging on for dear life.

“We will miss him. The family is devastated and is asking for privacy during this time.”

Mansfield was diagnosed with liver cancer in January after a previous battle with leukaemia. Doctors confirmed he had stage 4 cancer, and he was put on treatment immediately.

“Haven’t posted for ages. Reason being I’ve been in hospital battered by tests as I was not feeling 100%. Turns out I have a form of liver cancer,” the star said.

Mansfield was upbeat and defiant after the diagnosis, vowing to make the most of life.

However, in August 2022, the loved media personality took to Facebook to reveal his cancer was terminal and only subject to palliative care.

“Have had it confirmed by the specialist surgeon who is leading everyone in the team looking after me that my cancer is confirmed stage 4, terminal, and is now only subject to palliative care.”

Mansfield said all he wanted to do was dedicate the time he had left to having as much fun as possible.

“This dream team (as I now refer to them) will guide me through how to have as much fun in the time I have left and fulfil as many dreams, big and small, I have in my bucket list. A new journey for Kari and the rest of our families start today,” he wrote.

Samantha said right to the end they read fans’ well wishes messages to him.

“He knew he was loved and it mattered. He mattered. There will be a new star in the sky tonight.

“As he would have said: good night, bunnies.”

Mansfield caught the ears and hearts of Mzansi with his shows on Radio 702, Highveld Stereo and Hot 91.9.

His Highveld Stereo breakfast show, The Rude Awakening, gave him cult-like status in South African radio. He also presented SABC2’s A Word or 2 , M-Net’s Front Row and on Supersport.

He published the best-selling Vrot Jokes book and a cookbook with his ex-wife, Jacqui, entitled Zhoozsh.

He left Hot 91.9 in February 2021 and had been presenting his Mansfield2day show on YouTube before his death.

Mansfield’s death has left broken hearts across Mzansi, with tributes to the star flooding social media.