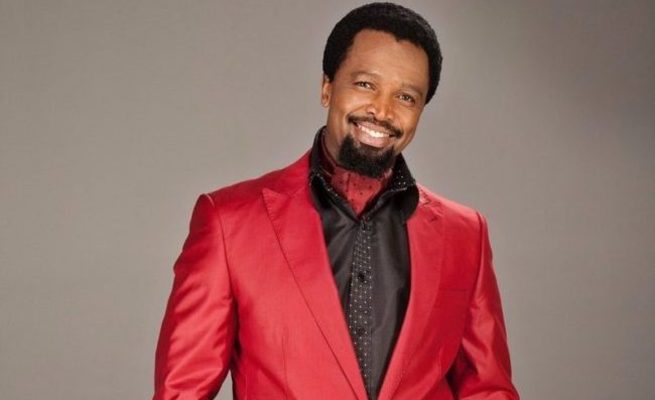 He’s mastered every role he’s played. As the iconic Archie Moroka on Generations in the 90s, the charming businessman. He had fans believing in his ruthlessness on e.tv’s Scandal! as Daniel Nyathi.

He had always been the ultimate alpha male until Kgosi came along.

When he got the role of Kgosi on The Queen, it was a shock to fans. But they quickly fell in love with the gay man who made things interesting on the show.
Veteran actor Sello Maake Ka Ncube (61) left the telenovela in 2020 but recently made a comeback that’s had viewers fluttering with excitement. The actor is delighted to be back as well.

“All these other roles I played within the comfort zone of just being a man. Playing feminine was outside the comfort of a man. In fact, playing Kgosi has been one of the most enjoyable times I have had in my career,” he tells Drum.

Kgosi is back and fans could not be happier. They missed Kgosi with his punchlines, hand gestures and facial expressions.

“I remember one day, I met a man who must have been a Daniel Nyathi fan or Kgosi fan. He looked at me, moved away a distance, came back and looked at me, walked away and came back. You could see that somehow I had messed up the image he held of me,” he laughs.

With more than 40 years’ experience, Sello is loved and revered by many. The feedback he gets has made playing Kgosi worthwhile, he says.

“I met a young gay man who told me that by being Kgosi, I have helped him be accepted by his family. When his family saw that Archie [from Generations] played a role of a gay man, then it opened a conversation and acceptance for them,” Sello says.

Although the storyline doesn’t go that deep into the woes of gay men in society, he hopes one day the conversation will open further. However, playing Kgosi for all these years has at least given him the opportunity to understand more about the emotional struggles of gay men, especially older gay men.

The recent hate crimes against gay people have been alarming, he says.

“It is sad that this is happening. The intolerance is no different from racism. It is a deep psychological problem. I think our nation is at a place where it is hating itself so much. It is a manifestation of a deep societal issue.”
We all need each other, Sello says, and this is why he wants to be remembered and celebrated for his love of humanity as well as the arts.

“I am what I am today, but it was not my own making. My mother is the central point of bringing me into this world. From then I have had people contributing to my life. Life itself contributed to me. When you are here, you are brought by someone in the womb. When you die, you are carried by someone to the tomb.”

2021 marks his 40th anniversary in showbiz and he tells us it has been a journey he would not trade for anything. And it’s far from over. When we catch up with him, he’s on a tight schedule as he’s also in the new Mzansi Magic drama, The Station, playing the role of Fix.

“When I turned 60 last year, I told myself I would reprise roles. The plan was to do mostly theatre because I believe that is a space I have more control over. This year I had planned to reprise roles that I played and turning points in my career. Now with The Queen return this year, it became another aspect of reprising. In its own way, Kgosi was a turning point in my life,” Sello explains.

There’s still more he wants to do. The most important is to work on a thesis on performance and acting. Sello says the biggest lesson that has made his life fulfilling is the recognition that he is the architect of his own destiny and character.

“For me, that moment was heightening the awareness of my conscience and that has turned me into the man I am today. Once I allowed my conscience to be in charge, it made me account for the wrong things I have done and made me self-correct,” Sello adds.