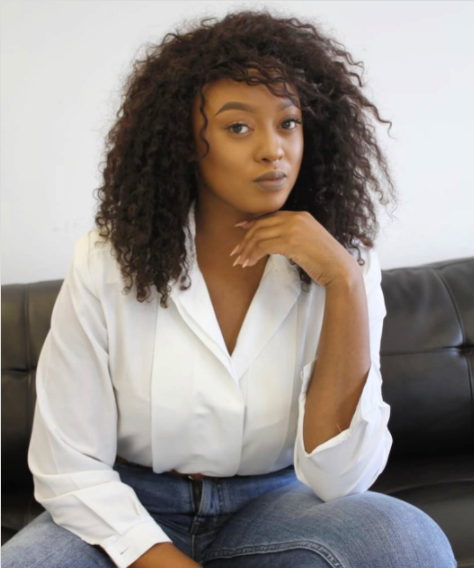 Nelisa Mchunu is a South African actress popular for her role as Fikile on Uzalo. Although she plays a gold digger, sis knows how to hustle hard. She has managed to score gigs in Isidingo and Mzansi’s most viewed soapie ”Uzalo”. Wondering if Fikile’s character is actually who she is in real life?

– Nelisa was raised by her single mom in Wartburg in KwaZulu-Natal along with her siblings.
– Her dad died when Nelisa was four, but she has fond memories of visiting him during holidays.
– In Grade 8, Nelisa and her two brothers move from the suburbs in KwaZulu-Natal to a township in Inanda. They stay with her grandmother as her mom was having financial issues.
– Right after high school Nelisa goes to study Media studies at the University of Witwatersrand (Wits).
– At one point, she drops out of school because her mom could no longer afford the fees. A buoyant Nelisa becomes a waitress then later works as an assistant for a PR company.
– The star later lands a job as an extra on SABC 3’s Isidingo.
– She then joins Uzalo in 2016 and her family was quite excited.

From making her television debut in a cameo role on the soapie”Isidingo” to landing a supporting role in Uzalo as Fikile. The actress is making strides. She only steps into the limelight in 2014 but has already managed to score a permanent role on Mzansi’s most watched soapie, “Uzalo”.

Which shows has Nelisa featured in?

Neliswa poses for the camera in her birth suit.

As the year 2019 kicks off, social media goes abuzz as the actress shows off some skin.

What is Nelisa Mchunu’s role in Uzalo?

Despite Fikile’ s looks being on point it seems she is the only thing she has a clue of. She has tons of “blonde moments” on the show, and is always oblivious of everything around her. Her character schools women not to bend over backwards for a man, regardless of his position to defy their morals.

If it looks like they are following a script then it’s not good acting. Fikile and Sbu have an irrefutable chemistry on the show. No wonder fans think they are in actual fact an off-set couple. Their bond has endured fire and brimstone but they always have unquestionable loyalty. Maybe fans just want this spark to continue even in the duo’s real lives. Unfortunately, the two are just friends and if they have convinced anyone otherwise, it just shows they are good at their craft.

Subsequent to her character escapes rape by a hair’s breadth, the actress urges fans not to be afraid to report rapists. An episode in April 2020, sees one of Sbu’s low-life friends persisting that Fikile “wants him”. He coerces her to have sex with him. Providentially, Sbu runs into the house right on time and saves Fikile. “Unfortunately in real life we don’t have oSbu no Nkunzi to bury rapists alive. So please, please don’t ever be afraid to report a rape case. Rapists don’t deserve to be out in the streets terrorising women,” Nelisa says.
What is Nelisa Mchunu’s Net worth?

The upcoming actress makes a whopping R25 000 to R30 000 from Uzalo. Even if her net worth is still under review, sis is making money moves.