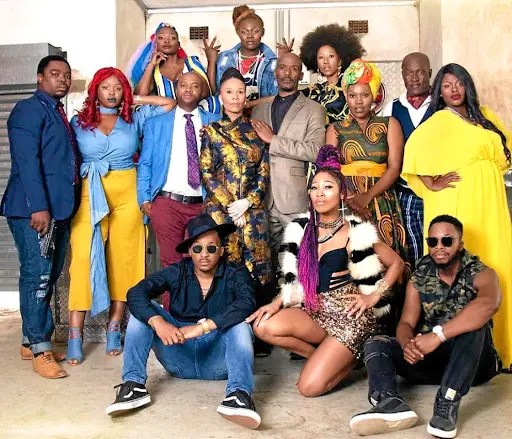 Coming up on Uzalo in December 2021: As the curtains close on KwaMashu’s biggest competition, some endure the punishment of their mischievous deeds while a homeless Hlelo finds shelter in the most unexpected of places.

Hlelo leaves the Mhlongo house, the KwaNjomane Talent showcase kicks off explosively. And a guilt-ridden MaDongwe bows out of the competition.

Pastor Gwala opens up about his life story to a defeated Hlelo. Mr. Mbatha and Screwdriver roll out their sinister plan with the other contestants of the Talent Show unawares.

As the curtains close on KwaMashu’s biggest competition, some endure the punishment of their mischievous deeds while a homeless Hlelo finds shelter in the most unexpected of places.

Hlelo makes a drastic decision that leaves Gabisile disappointed. While Nosipho struggles to come to terms with her loneliness, a relative shows up at the Mhlongo house demanding to see her. MaMlambo sees someone in the cell she never thought to see, let alone in prison.

After a lot of back and forth, Nosipho finally decides to go to eMzimkhulu. Hlelo makes it clear to Gabisile that she no longer has a say in her life. Nyawo trends on social media, and is invited to participate in the annual national South African spelling competition.

After a struggle, Nosipho arrives at the Xulu home stead. MaMlambo is a criminal whether she likes it or not. Khathide keeps getting his way, but to what end?

Pastor Gwala is determined to make a success of the skills centre, no matter what. Nosipho struggles with a relative, while MaDongwe struggles to deal with Nonka’s condition.

Nosipho finds herself at the end of the road when a goat meant for her ceremony goes missing. Khathide, in his new path of righteousness, sees himself winning new admirers, while old foes remain unsold.

Nyawo’s confidence takes a huge dent when he learns about his competition, and he looks ready to take flight without a fight.

Nosipho’s prayers are answered when the ancestors show up for her in her time of need. MaMlambo has prepared a seven colours meal for her new found friend. The Xaba residence is left in utter shock by an unexpected arrival. Nyawo susses out the competition.

Lilly’s slip of the tongue may result in dire consequences. Meanwhile Khathide floods the streets of KwaMashu with a new party drug and a frustrated Nyawo has a bumpy start in his preparation of the spelling competition.

Khathide is on a mission and MaMlambo is none the wiser. Nonka goes to all lengths to get an eviction order. While Sbu is a broken record, complaining nonstop.

The effect of the red pill is shaking the whole of KwaMashu, and it’s just the beginning, Nonka serves MaDongwe and Lilly the coldest revenge and Sbu is not giving up on his dream.

MaDongwe and Lilly find a good samaritan on the road who offers them help. The red pills take KwaMashu by storm and Mondli isn’t pleased, he’s determined to get to the bottom of this. A frustrated Sbu can’t understand why he isn’t famous already, his song is a hit.

Mondli’s gets suspicious of MaMlambo and decides to follow her. Nonka’s world comes crashing before her eyes. Mr. Mbatha suspects a scandal is brewing between Pastor Gwala and Lilly.

Mondli plans a sting operation to nab the drug dealer in KwaMashu. Nonka undergoes a spiritual cleansing and Sbu gets an offer of a lifetime.

A young man’s life takes a turn for the worse when he has a run in with the police, catching him red handed. Nonka finds that it is cold without family. Sbu’s stardom gets out of hand and affects those around him.

Mduduzi spares no information during the interrogation. Nkunzi learns that the panel beaters have quit working for him in favour of Sbu. Nyawo takes on Wallet in the spelling bee competition.

MaDongwe sacrifices herself for the sake of a family member, but it comes back to bit her in a huge way. MaMlambo’s life is turned on its head by an enemy. It’s Sbu’s and Nyawo’s moment to shine.

MaMlambo is left conflicted when she considers breaking the law in order to save herself. Nonka takes matters into her own hands by securing herself a seat at the distillery table. Sbu is introduced into the soft life.

Khathide continues to terrorise MaMlambo. Meanwhile Mrs.Ngema organises an intervention to help her wayward son and Sbu’s new found fame gets the better of him.

MaMlambo gets information on Khathide’s drug exchange and places it anonymously on Mondli’s desk. Sbu loses it when he sees Hlelo with another man.

Sbu tries in vain to save his music career before it can even take off. MaMlambo takes matters into her own hands, and tips off the police in her quest to clear her name and get Khathide off her back once and for all. Mondli goes all out to get what he wants with Lilly’s advice.

A disastrous turn of events for MaMlambo; Gabisile takes her shot at romance but the target seems to keep moving and Sbu fantasy comes to an abrupt end.

Premiere episodes of Uzalo air on SABC1 from Mondays to Fridays at 20h30.