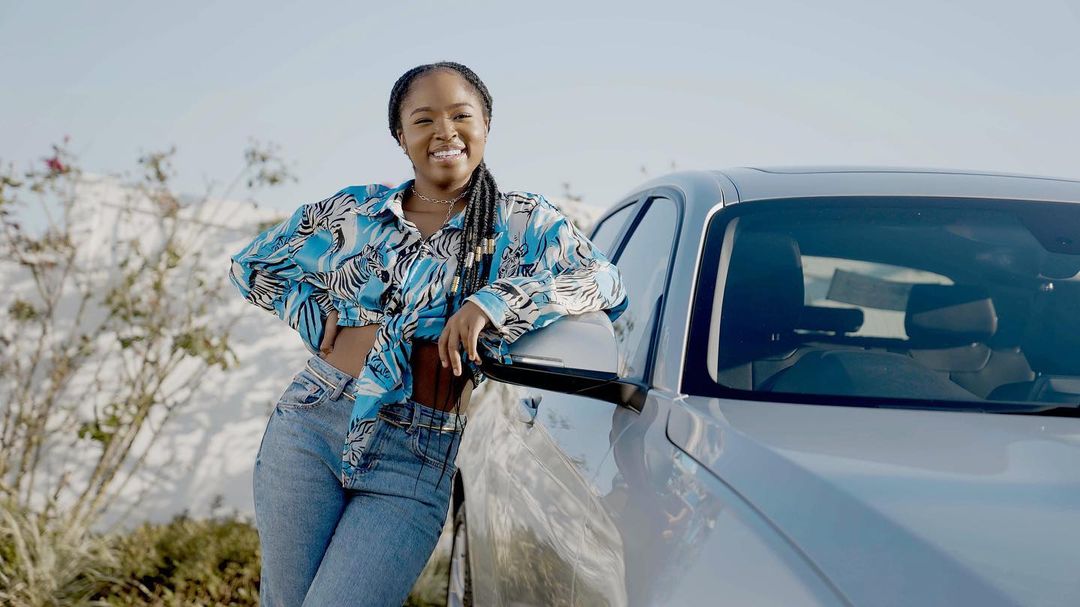 The Nonka role depicts a young woman who has experienced all challenges South African women face, unemployment and marriage hardships. Nonka saw her character growing from a young and innocent school girl to a tough woman who deals with whatever life throws at her.

She worked in KwaNjomane owned saloon with Fikile and Hleziphi; Nonka once married Sibonelo and later divorced him. She lives in KwaMashu with Njeza, her brother, Lily, her cousin and MaDongwe, her aunt.

Despite her onscreen struggles, his real-life script is a different one; Thuthuka is living large and lavish, reflecting her increased income. In real life, Thuthuka Mthembu knows how to slay and show off in different outfits. The fashionista has enjoyed a fair share in salaries from Stained Glass TV, the owners of Uzalo soapie, and Sis never miss an opportunity to spoil herself.

She holds a Degree in television performance and business innovation.

Recently Thuthuka bagged a role in the second season of eHostela as Sthandwa, a local drama series produced by Stained Glass TV, the same owners of Uzalo.

Starting from humble beginnings, the 22-year-old Thuthuka Mthembu is doing exceedingly great for a young woman of her age. She has business interests in Real Estate and Visual Arts, her businesses are all startups, and the potential for high revenue and returns is inevitable. She is valued at R 9.6 million, a major improvement from her R 2 million net worth in 2020.

“After studying Drama and Visual Arts, I can’t be acting for the rest of my life; my future is set on owning a production company and produce content under my own company. God has strategically placed me where I am today so that I learn as such as possible to one day operate a viable production company.”