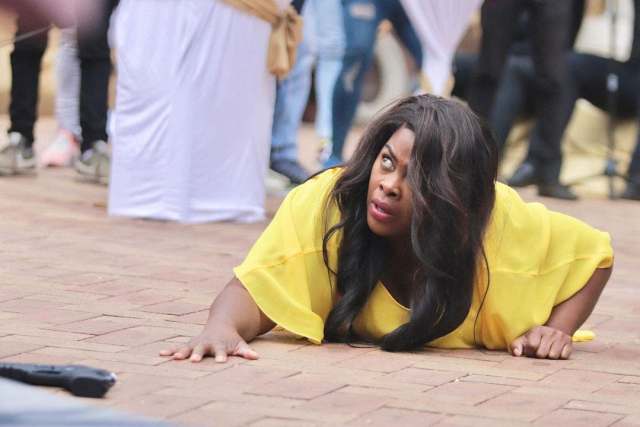 After wreaking havoc on SABC1’s Uzalo as MaNgcobo, actress Dawn Thandeka King is moving on and opening a new chapter.

Speaking to the publication, the actress confirmed that her days as MaNgcobo are over and that she is heading to Jozi to shoot a new show, Diepsloot, which will replace Isibaya that is being canned.

“I look forward to relocating to Joburg again and some of my children are there already, so having my family in one place is going to exciting for me. I will miss playing MaNngcobo,” she said.

Dawn said she was sad to be leaving a character that was loved by everyone, but looked forward to the new challenge.

“This opportunity couldn’t have come at the perfect time. It’s been a challenging 2020. It’s time for new opportunities and for growth,” she said.

Dawn said she looked forward to shaking off her character as MaNgcobo.

“People have seen me in different roles, but this one was the longest one I played consistently. Working with Mandla N is going to be fantastic because he knows my approach to a character as we have worked together before. The show I’m moving to will compete with my former production at the 8.30pm slot, which Diepsloot will air in,” she giggled.