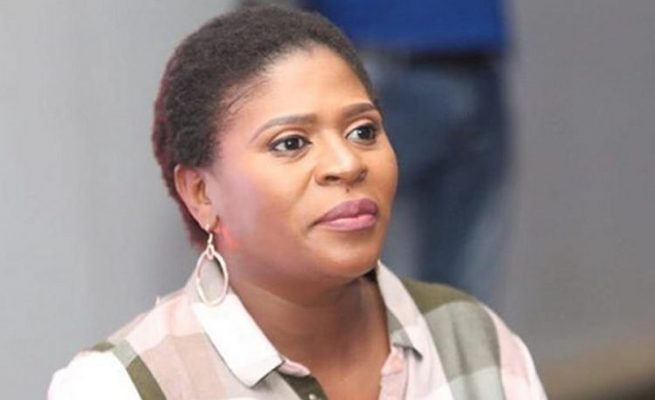 Actress Baby Cele has said farewell to Uzalo’s Gabisile and is already in the works for another project.

Speaking to TshisaLIVE, the star reflected on her years playing the infamous Gabisile. Initially, Baby says her character wasn’t meant to deviously steal the show.

“You know what’s funny, when we started she wasn’t a villain. She was someone who wanted to make a difference in KwaMashu. She grew up there, disappeared for years and then came back. A good, spiritual, God-fearing woman and along the way, she changed. But I’m no writer so I didn’t complain,” said Baby.

The star said she is heartbroken to be parting ways with Gabisile as she has never played a character who has made an impact on her. She is also sad to say farewell to the cast and crew of Uzalo, who are like family to her.

“It breaks my heart to be honest with you because I have never played such a character before. Leaving Uzalo is like losing my family. I was telling someone that it’s like having a healthy baby only to be told I have to give it up for adoption. I couldn’t bring myself to watch the last episode,” Baby said.

Baby said that she didn’t have the heart nor strength to watch Gabisile’s final moments on TV before she was axed.

But Baby’s fans need not worry because even though she isn’t permitted to give too many details, the star has a project at e.tv in the works which she will be working on for the next five months.

For the role of Gabisile, Baby had to relocate to Durban. She said though there was some resistance to the move, looking back there weren’t too many problems that got in the way of doing what’s best.

“At first, I thought I was going to face challenges. I had just got married then I had to move. I remember I signed the contract without talking to my husband about it. But afterwards, we spoke about. He was a bit angry for a few minutes but then he agreed,” she said.

She said the move helped her grow spiritually.

“For me to go down there, it was for me to go through my calling. I am a sangoma and also an actress. There was something else t I had to fulfil spiritually which has been in my visions for a period of time. I never understood that it had to take me to go to Durban to fulfil all that,” Baby said.

This is Baby’s 18th year as a sangoma. She gave fans some insight into the world of spiritual and traditional healing, saying you never truly graduate from being a sangoma. She also had a helpful tip for novice sangomas.

“You just need to listen. To me, listening is an art because if you listen, you get the answers,” she said.