#Uyajola99: He is my ‘Piece Job’ – Nkululeko caught red-handed in bed with another man

#Uyajola99: He is my ‘Piece Job’ – Nkululeko caught red-handed in bed with another man 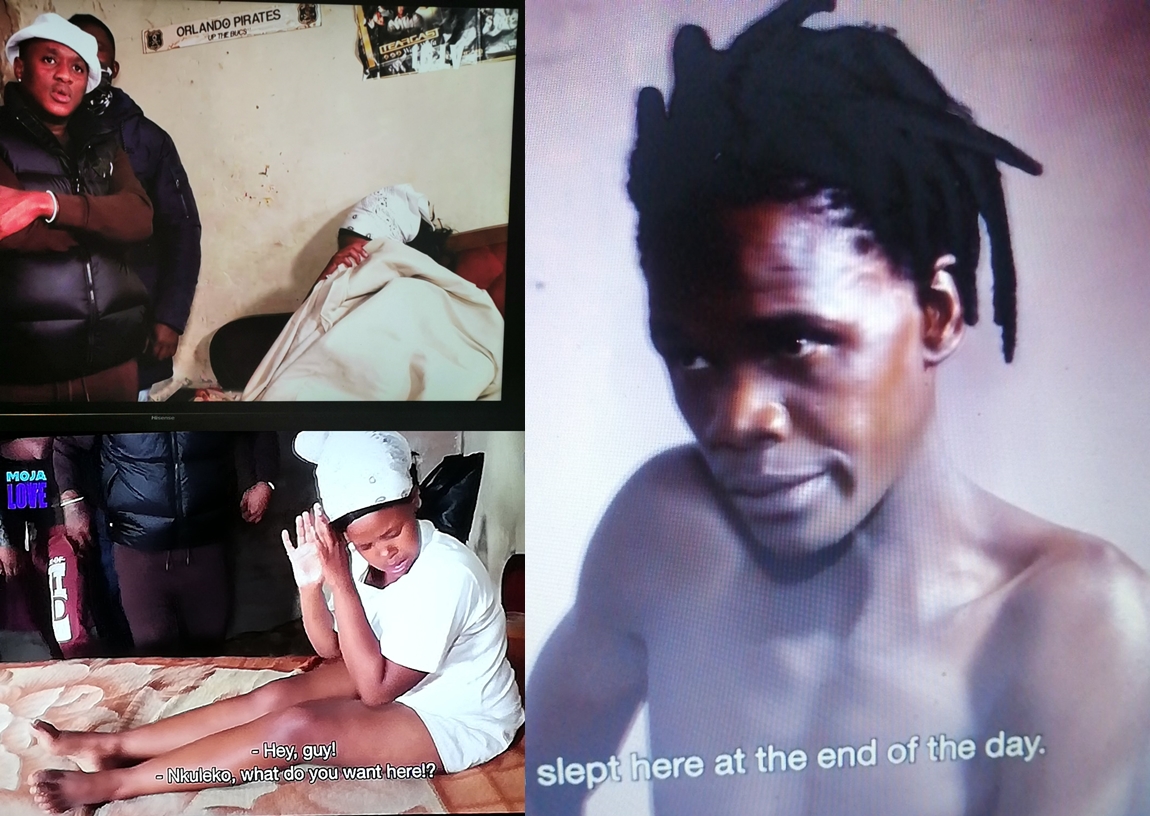 Sunday night’s episodes of Uyajola 9/9 brought some entertainment to the timeline on social media as viewers joined forces to discuss and laugh at the tumbling relationships the host and his team perfectly capture on a weekly basis.

The second episode of the reality television show shocked viewers as Ayanda’s partner was tracked down by the Uyajola 9/9 team and was found at her other lover’s home.

Ayanda feels there is something his girlfriend is doing behind his back. #Uyajola99 #uyajola99sundays

Tune in Sat at 21h30 pic.twitter.com/G9aPqapw5D

Upon arrival, Jub Jub found Ayanda’s partner half-dressed in her other boyfriend’s bed. Asked why she would cheat on Ayanda, she snapped at the host, saying that he speaks and whines just like a woman.

The episode was also bittersweet and somewhat annoying for some viewers with dreadlocks, after Jub Jub referred to Ayanda’s girlfriend’s lover – who has dreads – as “Rasta”.

“This trend is exactly why I cut my dreads after a certain length your name changes to Rasta. Some people don’t even want to know your name,” expressed a tweep.

After finding his girlfriend red-handed in the bed of another man, Ayanda shocked viewers by deciding to leave with his partner and return home with her.

People badging in your house with cameras? Swearing at you & manhandling you when you're reacting? Yoh ha.a 😭