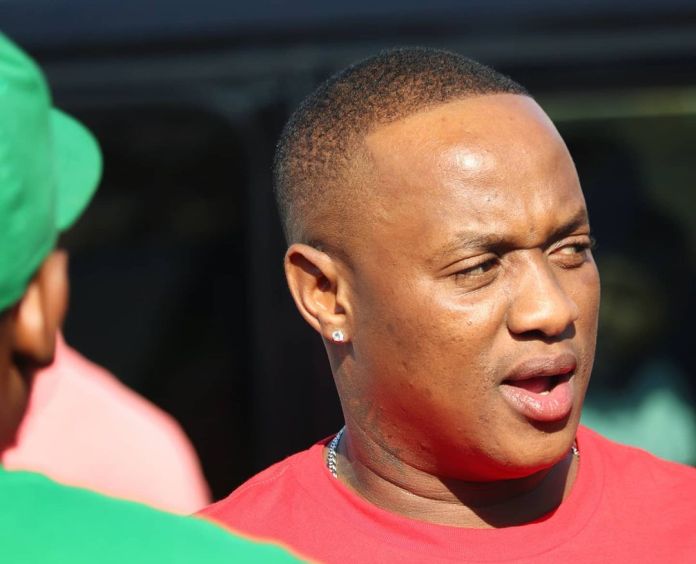 As we get closer to new episodes of Uyajola 99 this Sunday, host Jub Jub decided to treat his fans with a teaser of the forthcoming episode. A woman calls the show as she has had enough with the father of her child. “I called Uyajola 99 because I have a problem with my baby daddy,” she said to Jub Jub.

They caught the cheating man withdrawing money at the ATM for his side chick. The woman was furious when she caught him red-handed. This man explained to Jub Jub that he is Zulu and polygamy is normal for them.

“Brother let me explain to you. We are Zulu Men. We flirt with women and we also take more than one wife.” He said to the host in part. All will unfold in the new episode hitting our screens this weekend.

The controversial show came under fire this week. Social media users accused them of crossing boundaries when they filmed a half-naked woman. Jub Jub and his crew were called out for not allowing her to get fully dressed before capturing footage. The channel has not released any official statement regarding the episode.

Jub Jub has never been one to shy away from speaking his mind. During the political unrest in the country, which resulted in many businesses around parts of Johannesburg and Gauteng being looted, Molemo and Lerato Kganyago had opposing views. Responding to Kganyago’s response to his initial post, he asked the Metro FM DJ who appointed her as the minister of the right messages in the country.

“This is what bores me…who appointed you as the minister of the right messages of SA? With all due respect, you are entitled to your own opinion, AS I AM TO MINE. We shouldn’t be sitting here debating. The country is burning, the poor have been disenfranchised for too long in this country and it’s easy for someone to say violence this, violence that when they don’t know their day to day pain.”

“I’m not here to talk politics nama Guptas that I don’t know of, I am talking about people who think they have the right to judge the poor based on their position of privilege. Nobody is saying looting and the destruction of property is right. The wrongness of it goes without saying. What I was talking to is a response of the clever blacks to the plight of the poor in this country. If you do not fall within that spectrum then this live did not apply to you.” He responded in part.

Just the other day, a video clip from Uyajola 99 of Jub Jub explaining to a woman who he is and what he’s all about has been trending on social media,