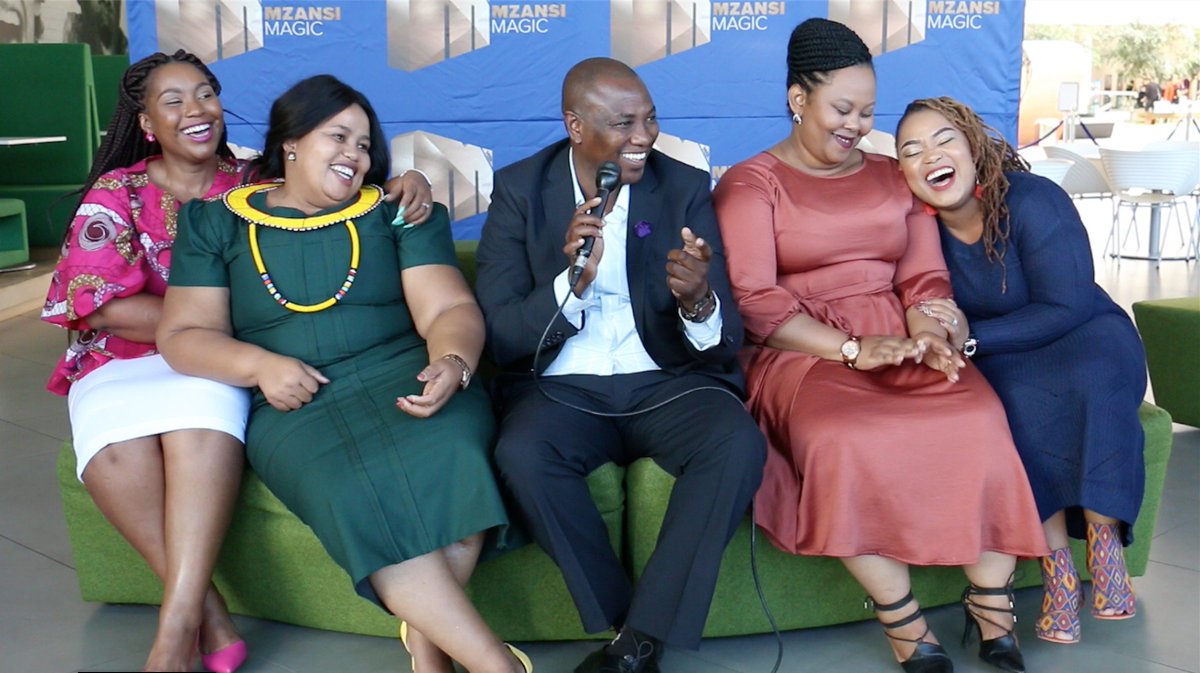 Last week we announced that Mzansi’s favourite polygamous show is making a return this September. More drama is expected and hopefully, this season will answer all of the viewers’ burning questions.

The self-proclaimed polygamy trendsetter Musa Mseleku and his four wives MaCele, MaYeni, MaKhumalo and MaNgwabe are returning to Mzansi Magic’s popular reality show Uthando Nesthembu. For the last few seasons, Musa has expressed his desires of having wife number 5 but the eldest wife has always been against it.

He posted on Intagram today asking his fans to please help him look for wife number 5, “Please help me look for my fifth wife. My wife MaCele says I will never get married again,” he wrote.

Last year a woman by the name of Nhlanhla Ngwenya was rumoured to be Musa’s 5th wife. The woman who was pictured having a bit of fun with the Mseleku family, had a close working relationship with them as well.

Nhlanhla Ngwenya is a Communications Coordinator at Tourism KwaZulu Natal whos is no stranger to the celebrity world.

But his wives were highly against their husband’s decision to get a 5th wife, surprisingly even his wife who usually sides with him, MaKhumalo was also against it. “I feel sorry for her because she will never be welcomed into our family,” she said at the time.

One of Musa’s reasons for wanting a fifth wife is to extend his children, especially boy children. But MaNgwabe who also disapproved said it is not the female that determines the gender of the child but the man.

It is mostly difficult for MaKhumalo to join the chat because she is still unfortunately struggling with fertility issues. But according to Musa who told Daily Sun, that 2 wives are now in support of him welcoming wife number 5. In the upcoming 5th season, we will get to know which of his wives have joined his team, and which ones oppose him.

He told the publication that his next wife should be someone who is very well educated and has her own money. One of the most important requirements though is that she must want to give him children, preferably boys. He apparently wants 20 children and he will only achieve his goal if he at least weds 7 women, he currently has four.

“She should be a lawyer, doctor or academic. I need an independent thinker, someone who is financially independent with her own views. She must be prepared to give me more children.

“This means I need at least seven wives in order to achieve my goal. At the moment, two of my wives are in support of my dream while two are against it. I will not be discouraged. I know I will fulfil this goal in good time,” he told the publication.

Speaking about season 5 which is billed to premier September 16, the director of local entertainment channels at M-Net said the now that season 5 will premier on Heritage month, viewers will get to learn more about the cultural practice which has received some negativity from viewers, “This reality TV show continues to give viewers content that is intriguing and explosive, and as we head into heritage month, it gives them further insights into cultural practices that have been around for decades in the modern-day family set-up,” said Nomsa Philiso.