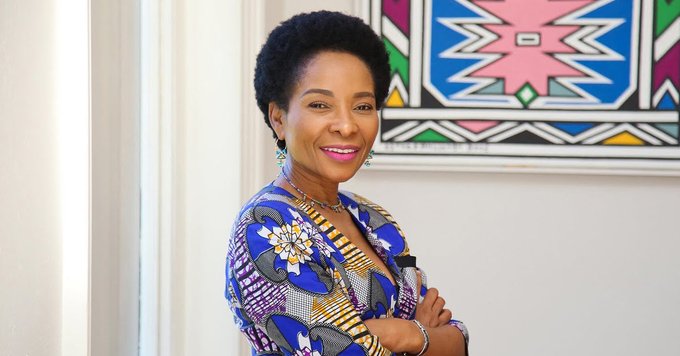 University of Cape Town (UCT) vice-chancellor Professor Mamokgethi Phakeng has apologized to the LGBTQIA+ community after the university hosted a lecture on the “science of intersex people”.

The university said Phakeng had done some deep reflection on her part since the session.

“Phakeng is deeply saddened by the pain this has caused. She will meet with the LGBTQIA+ community in sessions over the next few weeks in an effort to learn, understand, grow and try to heal some of the hurt caused,” said the university in a statement.

Phakeng came under fire after UCT hosted an open lecture titled “What does science say about LGBTQI+”.

During the lecture, a urologist and member of the Steve Biko Academic Hospital’s Gender Clinic, Dr Kgomotso Mathabe, said being born intersex is potentially life-threatening.

She went on to say it needed medical correction.

“When a baby is born, we look at the external genitals of the baby and should be able to say whether it’s a
boy or a girl. If a trained medical health professional can’t make that call, then we call that intersex and then it opens up a whole door.

“So because we have had to get the skill sets to be able to manage the intersex baby because you look at the baby and you’re like, I’m not sure that this is a small penis or whether this is a large clitoris … And then in terms of aesthetics because how you are in the world depends a lot also on your physical appearance.”

The Gender Diversity Coalition said it was outraged by some of the comments made during the lecture.

“We outrightly condemn intersex genital mutilation (IGM) and the harming of Intersex-born children. Human bodies include a wide spectrum of healthy variations in sex characteristics at birth that are part of human diversity, which must be valued, respected and protected, not medically and surgically violated,”

UCT said Phakeng, in her capacity as vice-chancellor, had been most committed to transformation, inclusivity and diversity.

“We have no doubt she will remain absolutely committed to driving these forward. Her intention with the session was to bring a spotlight to matters that marginalize and deeply hurt the LGBTQIA+ community and this was done in an effort to bring change,” it said.

The coalition said some of the comments amount to misinformation and cause harm to these people and their families.

“Unfortunately, even though the intention was good, she [Phakeng] got it wrong in this one instance, and she has now offered an authentic, heartfelt apology,” concluded UCT.