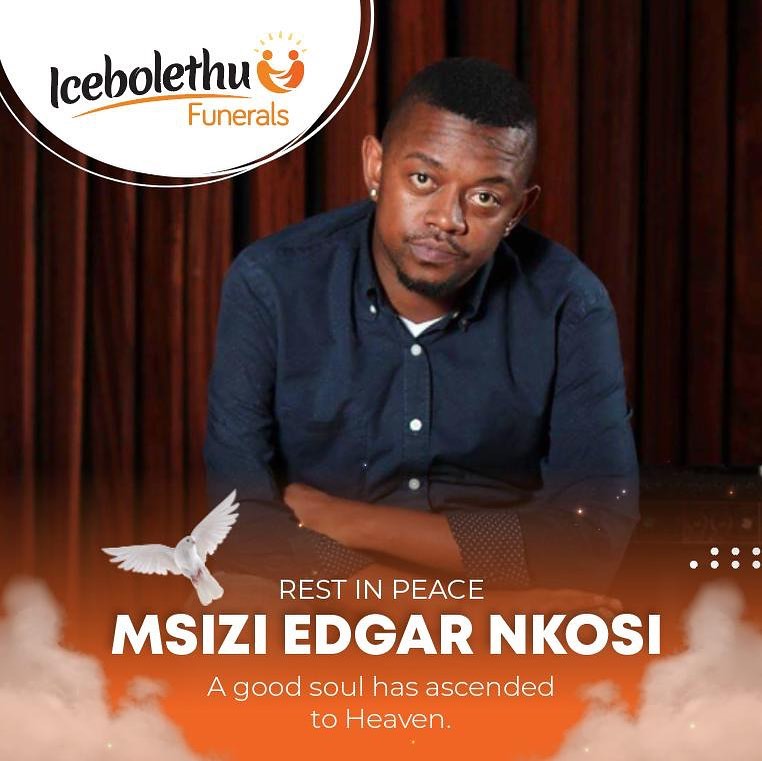 Radio and TV personality, Msizi E Nkosi has been laid to rest.

The former Ukhozi FM producer (34), who died in a car accident on Sunday, 15 August, was buried on Saturday, 21 August, at his home in KwaJali in Harding, southern KZN.

His colleagues described him as a jovial person, who was smart and not scared of speaking his mind.His long-time friend Muzi Mthabela, who was also the programme director, said: “He fulfilled his purpose and he never chased after money. He was planning to write his second book but God had other plans.”

His friend, Sphiwe Nkosi: “He regarded me as a brother. He was an awesome character. He was a wonderful brother and he was opinionated. Once his mind was stuck on something, he would not be convinced otherwise.”

Lucky Khowa said: “We had finished shooting one scene and were moving to another location. As we were moving, a car out of nowhere crashed into the car he was in and that’s where he died.”

His former colleague on Ukhozi FM, Zandile Tembe, said they met in 2011 when she was a content producer.

“He sent me an email in which he shared some of his ideas. He’d actually applied for a job at one of the radio stations and he was asking for my opinion,” she said.

“When I got promoted, I made sure I find him and give him a chance at the station. During his time, he made people uncomfortable but he lived his truth.”

His sisters, Misokuhle and Ntando, were shattered.

“We’re hurt because after our fathers’ death, he became our father. He wasn’t perfect but he tried to do his best. He opened doors for people. He has done so much even for the community, here at KwaJali. To his children I say we are here and we’d like his legacy to live on,” said Ntando.

His uncle, Bafana Nkosi said: “His father passed away in 2018. As a family, we were hoping he’d continue to look after his father’s children but it was never to be as God called him.”