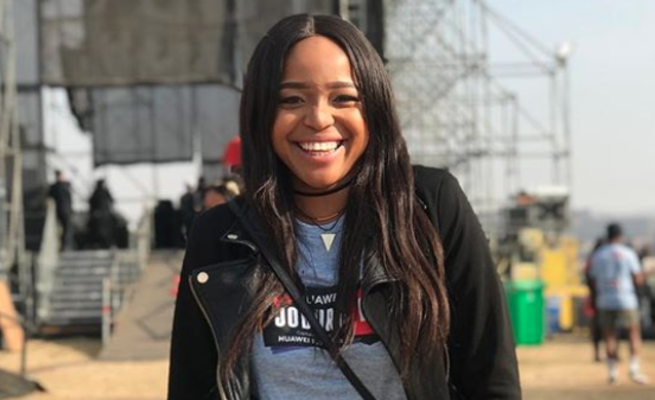 TV and radio personality Karabo Ntshweng revealed she is officially off the market on Tuesday, announcing she is engaged to her longtime boyfriend David Moletlane.

The 5FM DJ took to social media posting pictures from her proposal, sharing the exciting news with her followers.

“Pop the champagne. I’m changing my last name,” she wrote.

Throughout the years, Karabo has never shied away from publicly gushing over her partner on social media. Karabo refers to keep her love life sacred and private.

Karabo said her partner asked for her hand in marriage on her birthday while on their Cape Town getaway and it was easy for her to agree to his proposal because she had always known she wanted to spend the rest of her life with him.

“We’ve been together for a very long time. I’ve known him since I was 19 so there was really no question about it. Everything happens in God’s time and I’m extremely excited.” she said.

“He’s my best friend and I don’t think anyone understands me as much as he does. He’s kind and so patient with me and I can’t imagine spending life with anybody else.”