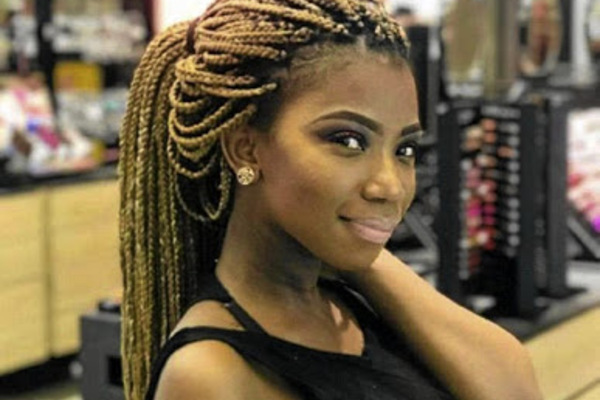 The family of mother-to-be Tshegofatso Pule say their suspicions have been confirmed by the arrest of her former boyfriend as the alleged mastermind behind her murder.

Harrowing details of Pule’s last hours reveal how her killer — who claims he was hired by the father of Pule’s unborn child — shot her in the chest and then, in a panic, tried to make her death look like a suicide by putting a rope around her neck and leaving her body against a tree.

Muzikayise Malephane says he did this after fetching her from her boyfriend’s house, under the pretence of being an e-hailing taxi driver.

It also emerged that this was the second attempt to kill Pule, 28, who was eight months pregnant at the time of her death. A previous attempt the month before had failed because Pule did not arrive at a fastfood outlet where Malephane was due to collect her.

On Friday, Malephane, 31, was sentenced by the high court in Johannesburg to 20 years in jail after confessing to the murder and pleading guilty.

He said he was paid R70,000 to kill Pule, by her boyfriend, who wanted to hide her pregnancy from his wife.

On Friday, Gauteng police confirmed that a 32-year-old man implicated in ordering the murder had been arrested at his home the night before.

Tumisang Katake, an uncle of Pule, speaking through tears, said: “It was an emotional day, but it is what we have been asking for. We knew it was not going to be easy, but … our suspicions have been confirmed.

“We suspected from the very onset and the disappearance of Tshegofatso that the boyfriend could have something to do with it.”

Katake said it was heartbreaking to hear how little was offered to kill Pule and her unborn baby.

“I am sure that Tshegofatso’s baby was going to be fine without a father.”

In a handwritten letter to the Pule family, Malephane said he could not find the “right words [to] convey how deeply remorseful I am for killing Tshegofatso Pule”.

“Somehow saying I’m sorry for robbing her off [sic] her life and family seems to be [a] small gesture. I have let down a lot of people and I will do everything in my power to work from this regrettable doing and face the outcome of what transpired that night.

“I would like to extend my sincere apologies once again and will continue forward in doing what is best,” he wrote. Katake said while the family accepted his apology, Malephane still had to face the consequences.

During court proceedings, Malephane’s defence counsel read out his statement in which he detailed Pule’s final moments.

Malephane testified that he was approached several times in 2020 to help find someone to murder Pule, who lived with her family in Meadowlands, Soweto. He said the planned murder was to hide Pule’s pregnancy from her boyfriend’s wife.

Malephane said he had known the man, who is a business person and JSE analyst, since high school and they used to party together.

At first Malephane was allegedly offered R7,000 to help, but payment was eventually upped to R70,000.

Malephane said he had intended to hang Pule from a bridge in Maraisburg.

His plan was to take her phone and write a suicide message on WhatsApp. He even visited the bridge to see if the plan could work, but decided against it because the road was too busy.

In May 2020, it was arranged with Pule’s boyfriend that Malephane would pick Pule up at a McDonald’s near Gold Reef City in the south of Johannesburg, but she did not pitch.

Malephane eventually fetched her from a Westlake Avenue complex in Florida on June 4, pretending to be an e-hailing taxi.

Malephane confessed that he had a rope in his girlfriend’s Jeep, which he was driving.

According to Malephane, Pule asked him why he was not taking her home, but he told her that he needed to drop off something.

He stopped the Jeep in a dark place in Noordgesig, and pulled her out of the car.

He shot her once and she fell. Malephane said he thought she was dead and put her on the back seat and drove to Durban Deep. There he dragged her out of the Jeep, tied the rope around her neck and left her against a tree.

The firearm and ammunition used to murder Pule were bought from someone at Jabulani hostel, he said.

He fled to Mpumalanga on June 6, disposing of the firearm in a stream near Bronkhorstspruit.

Times soon after her murder last year that his son had kept her a secret from the family.

“What he told us is that they had an affair some time ago. It was one of those flings and he only told us after her family told him she was missing,” he said. “He told us that she became pregnant and they were preparing to buy clothing for the child.”

He said his son was engaged to another woman, who was also in the dark about his affair.

Soon after the murder, the boyfriend told the Sunday Times that he had retained a lawyer because he was one of the last people to see Pule alive. “I thought I should get an attorney because she was last seen leaving my place,” he said.

Somehow saying I’m sorry for robbing her off her life and family seems to be [a] small gesture. I have let down a lot of people and I will do everything in my power to work from this regrettable doing and face the outcome of what transpired that night. I would like to extend my sincere apologies once again and will continue forward in doing what is best.

A letter of apology that murderer Muzikayise Malephane wrote to the family of his victim.