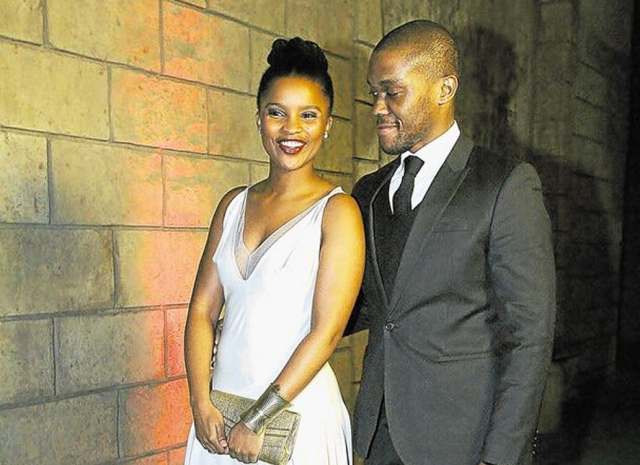 Power couple Zizo Beda and Mayihlome Tshwete’s marriage is crumbling, according to sources close to the pair.

The publication has learnt that Zizo and Mayihlome’s five-year-old Union has collapsed and the two are heading for divorce.

Mayihlome has since moved out of their marital home in Fourways, north of Joburg, and is living in Midrand.

News of the disintegration of their union was revealed by a relative, who did not want to be named for fear of victimization.

“They tried to fix things because they wanted to raise their son together. This year, Zizo informed her family that she was done with the marriage and intends to file for divorce.

“When we asked her why, she just said she lost interest in the marriage and believes Mayihlome too has lost interest,” said the relative.
The relative also said Zizo and Mayihlome finally met this year with their legal teams.

“Though it was painful for them, they felt it was the correct decision to take. They came to accept that while they loved each other, they can’t continue as husband and wife. There are many people who love each other, but they are not together, because love alone is not enough,” said the relative.

The relative said the couple has agreed that Mayihlome should move out and occupy their property in Midrand while Zizo, the former Selimathunzi presenter, will remain in Fourways with their son.

The relative said they agreed that the child will live with Zizo.

Mayihlome lost his temper when contacted for comment yesterday.

“As a grown-up man do you think you can call me and ask me about things like this? My personal life? I understand you are doing your job, but don’t call me about this please,” he said before hanging up.