Tributes continue to pour in for the late Sibongile Khumalo

Tributes continue to pour in for the late Sibongile Khumalo 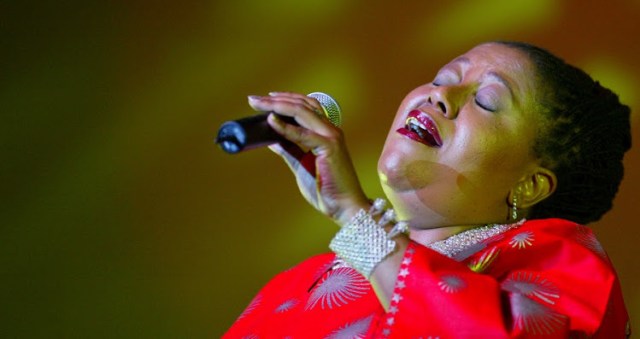 As tributes continue to pour in for jazz and opera singer Sibongile Khumalo, it’s clear she inspired many musicians and artists throughout Mzansi.

The death of the 63-year-old singer was confirmed on Thursday by family spokesman Bandile Mngoma, who said the iconic artist succumbed to a stroke after a lengthy period of illness.

“We are broken by her passing,” Bandile told Daily Sun. All we can do now is to celebrate her life.”

He said she was someone who loved peace and calm.

Her funeral service will take place at the Market Theatre on 6 February. The service will start at 8am and proceed to the cemetery at 10am.”

Singer and actress Marah Louw said Sibongile’s death touched her deeply as she worked with her for a very long time on many productions.

“She was very professional. She always delivered her work with class. But above it all I will miss her humility,” she said.

Managing director of Sony Music Entertainment Africa Sean Watson said she was professional and resolute in protecting her creative values.

“A more noble ambassador of music I have never met,” he said.

Dr Lindelani Mkhize said Sibongile was one of the first artists signed to Sony Music.

“She was an opera singer at the time. I convinced her to do jazz. We were told that her album Ancient Evening would never sell 5 000 units, but it achieved gold status, a first jazz album in SA to do so.”

RiSA CEO Nhlanhla Sibisi said: “She will be remembered for her youthful exuberance, generosity of spirit and the role she played in the industry. Her music will live on for generations to come.”

Sibisi sent condolences to the family of behalf of RiSA.