Trevor Noah to host Nomzamo Mbatha on the The Daily Show

Trevor Noah to host Nomzamo Mbatha on the The Daily Show 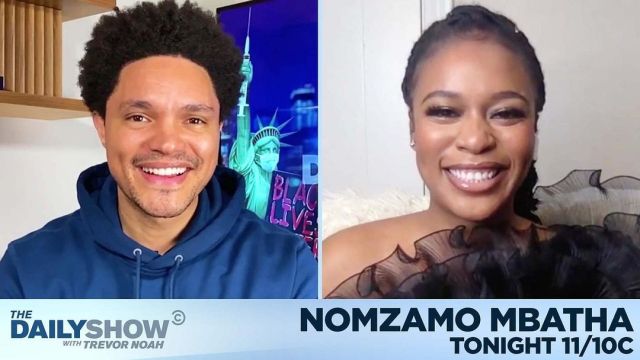 Nomzamo Mbatha excitedly announced on Thursday morning that she will be guest on Trevor Noah’s The Daily Show this night.

My grin is so cheeeeezy lol! Like so like that —-> 😬 lol. So much fun on @thedailyshow with @trevornoah.

This is a huge news for Mzansi, as two South Africans will be together on a global stage.

Trevor is a South African born comedian, while Nomzamo is an actress who has bagged international acting role.

The latest she appeared on is Coming 2 America, and she acted as Miremebe who later married the prince of Zamunda.

Nom also recently partnered with Puma to release her own collection.

She’s really doing the most and lots of people are inspired by her.