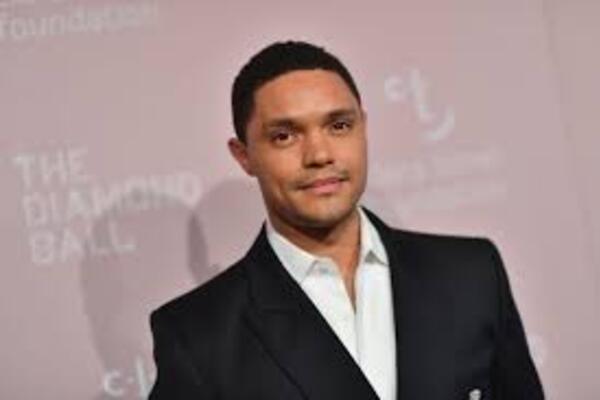 /*SA-born comedian and host of The Daily Show Trevor Noah has officially announced the show will be taking a short break while they figure out how to create a new “in-person” Daily Show experience in the near future.

Trevor took to his social media platforms to make the announcement, saying the break was necessary for him and his team to figure out a way to recreate the show to fit the new normal.

“You may have heard and you may have not heard that The Daily Show is gonna be taking a break over the summer,” Trevor announced.

The comedian said he didn’t want his audience to worry because even during the break there would be fresh content uploaded on the internet. He urged the show’s fans to follow them on social media and watch out for an announcement soon about how they would be tackling the show in the future.

“In the meantime, there’ll still be things happening on the The Daily Show feeds online. New videos, new posts, everything Facebook, YouTube, Snap Chat and TikTok. We gonna be doing all of that stuff and you can follow us on all our social platforms to see what is happening. But as for me, from the TV show side of things, we are going to be taking a little break. Why? Well, because it’s time to get outside.” Trevor said.

Watch the full video below.

As The Daily Social Distancing Show comes to a close and Trevor takes a hiatus for the summer, here’s how we’re working on creating a new, in-person Daily Show experience for the post-pandemic world. pic.twitter.com/1Cf5c7Gizs

Even though Trevor promised his audience he would soon return to TV screens, the comedian has set plans for the summer with his upcoming stand-up comedy tour titled Back To Abnormal .

Trevor excitedly took to Instagram to announce his first stand-up comedy tour since the world was hit by the Covid-19 pandemic.

“I’m excited to announce my brand new Back To Abnormal World Tour with a special ticket presale going down tomorrow at 10am! We’re coming back, baby!” he said.

In the video that accompanied the announcement, the comedian said he was delighted to be back to doing what he loves after the pandemic practically halted the entertainment industry globally.

“The pandemic shut us down for a while but now we are back . I’ll be on the road in the fall.”