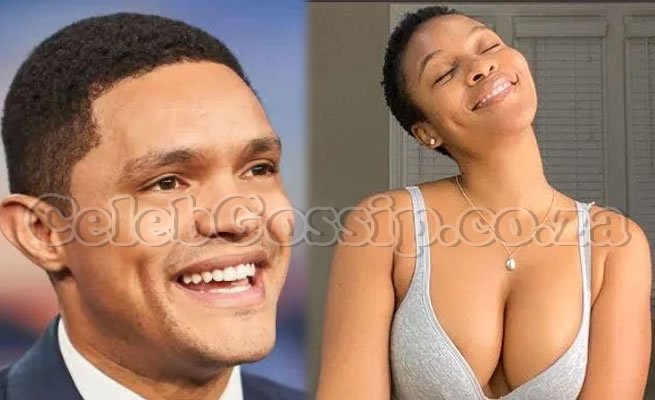 SA comedian Trevor Noah and Coming 2 America star Nomzamo Mbatha sat down to exchange their personal journeys of relocating to the US.

In an interview on The Daily Social Distancing Show, Trevor spoke about how proud he was of Nomzamo and all her success on Coming 2 America.

The pair then got to talking about the similarities in their personal “coming to America” experiences – from how they got their visas to the culture shock they experienced once they settled in.
“So for everyone watching who doesn’t understand, this is how it works in most countries: If you want to come work in America, you can come in for the interview and then Americans can accept you for the job but then you have to go back to your country, so that Americans in your country can stamp your passport and put the visa in your passport so you can come back to the country, which is America, so that you can get the job,” Trevor explained.

The pair exchanged stories of how they both got “threats” at the immigration offices to be the very best in their respective fields. Trevor advised Nomzamo to enjoy seeing her dreams come to life, as he sang her praises for being authentic.

Nomzamo said she had plans to go into producing and to make more films.

Nomzamo stunned the world with her breakout role as Mirembe in the highlyanticipated Coming 2 America sequel that came years after the original Eddie Murphy film.

The film was released on Amazon Prime recently and Mzansi flipped when they saw both Nomzamo and Trevor shine in the film, cementing their Hollywood takeover.