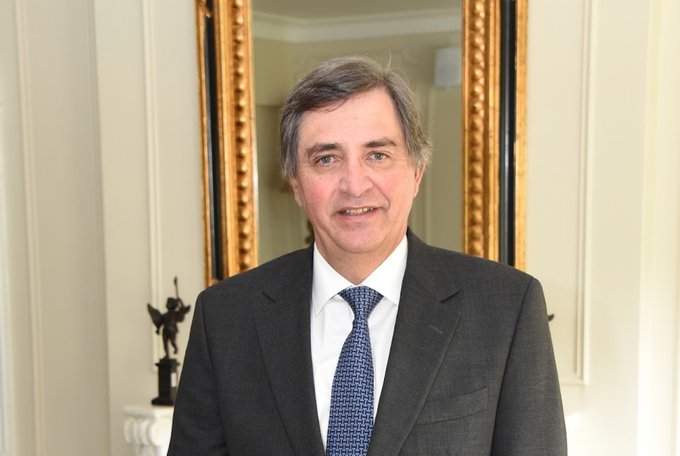 Tributes continue to pour in for Toyota SA’s executive chairperson, Dr Johan van Zyl, who has been hailed as one of the “most formidable business minds” in the country.

The 63-year-old Van Zyl died on Friday, July 30, of Covid-19-related complications at a hospital in Pretoria. His death has been described as a great loss to KwaZulu-Natal.

KwaZulu-Natal Premier Sihle Zikalala described Van Zyl as “one of the most formidable business minds that the country has ever produced”.

Zikalala said Van Zyl was an accomplished business leader who held various leadership roles at Toyota and also served as a board member of Trade and Investment KwaZulu-Natal (TIKZN).

He said Van Zyl’s death was a huge blow to the people of KZN, as he had contributed immensely to the economic development of the province.

“Dr Van Zyl worked tirelessly to support the efforts of the country to market the automotive sector in KZN and South Africa globally. A giant of the business world has fallen. Dr Van Zyl supported government programmes for the transformation of our economy and the building of a prosperous South Africa. KZN benefited immensely from his wisdom and servant leadership which built Toyota South Africa into a global player with firm roots in KZN,” said Zikalala.

Van Zyl served two stints as a non-executive director on the board of TIKZN from 2006 to 2009, while the second was from June 2012 to November 2017. During his time on the TIKZN board, he helped to shape the province’s investment strategy, focusing on the manufacturing sector, specifically on localization.

Zikalala said Van Zyl’s “wisdom and inspiration” would be missed as the country tries to rebuild the economy following Covid-19 and the civil unrest.

Van Zyl was elected president of the National Association of Automobile Manufacturers of South Africa (Naamsa) for two terms from 2005 to 2008 and again in 2013 for a two-year term.

“Dr Van Zyl was an influential leader, not only in the automotive industry, but also in the country when he and a few other business leaders established the PPGI [Public Private Growth Initiative], which brought together social partners to work much closer in resolving some of the country’s biggest socio-economic challenges,” said Naamsa chief executive Mikel Mabasa.

Dumisa recalled a working lunch with Van Zyl in Prospecton in Durban.

“That one-day working lunch with Dr Johan Van Zyl long ago will always remain in my mind. It demonstrated to us that there are many South Africans of all races who are committed to building a successful South African economy. May the soul of this true South African patriot rest in peace,” he said.

Mzwanele Manyi posted on Twitter that Van Zyl was a very good man.

“I worked with him at Toyota SA for many years, and we maintained the relationship even whilst I was in government and thereafter. A solid individual who enabled my career in Toyota. Strength to his family,” said Manyi.

Khandani Msibi also posted on Twitter: “Johan was an incredible leader, witty and a great sense of humour …”