Top 5 fave moments from ‘The Queen’

Top 5 fave moments from ‘The Queen’ 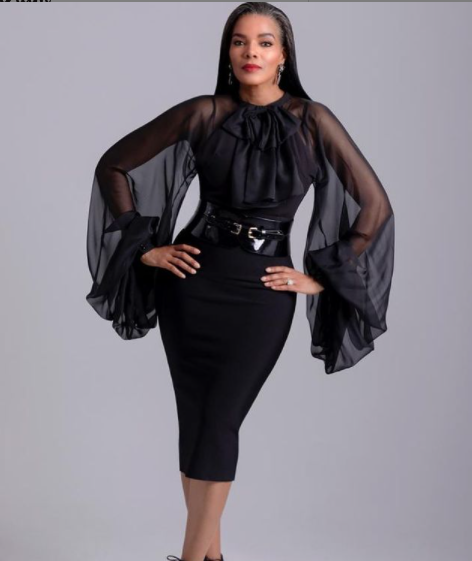 While 2020 has been a real life film for most of us, even it couldn’t out-do the dramatic, action movie Mzansi Magic’s The Queen was this year. The telenovela was so lit that there was everything from deaths, resurrections, to straight up luxury vehicle explosions and SA was here for it!

The fictional world that exists between Tembisa and Midrand and revolves around the drug-dealing Khoza family, led by the powerhouse that is Harriet Khoza (played by Connie Ferguson), really took it up a notch this year.

Not only did 2020 bring us the untimely death of Kea (played by Dineo Langa) but it brought us the shocking resurrection of Shaka from the dead, all the while serving us with Petronella’s unmatched humour.

Kagiso found himself entangled in another loveless relationship — as per the norm — and so did Schumie.

However, the one person who seemingly received every lemon 2020 had, was Vuyiswa. Not only did the power woman lose her husband, she had to fight with his family who were pure oppressors and later, when she attempted to get back to “living”, she was drugged then raped … Uh mean, how terrible can one year be?

Here are the top five moments from ‘The Queen’:
Kea died and Harriet went crazy!

After watching the black BMW that was supposedly transporting Kea Khoza blow up on The Queen, the one thing fans of the telenovela agree on is that the Fergusons sure did Dineo Langa dirty with such a “weak” exit.

Viewers of The Queen recently watched Sthembiso (Jerry Maake’s colleague) get shot without his face even appearing in the episode. While viewers knew Kea wasn’t going to be part of season five, they had high expectations of how her exit would be written.

In another episode of things fans were never ready for, 2020 gave the viewers a version of Brutus in love. The one malume fans thought would be a bachelor forever, caught feelings for Noma.

The pair gave birth to #NomaBrutie.

Fans thought it was uber cute!

Vuyiswa had a tragic year!

The Queen’s latest “spiked drink that led to rape” storyline that revolves around a recent widow, Vuyiswa, left fans of The Queen both hurt and equally impressed by acting skills that made them forget she’s a fictional character.

Fans found themselves emotional as they watched Vuyiswa deal with the hectic trauma and heavy emotions that survivors of rape go through. This very same woman lost her husband as well. It was all too much for fans to take.

Shaka woke up from the dead …

The Queen was one huge thriller this year and when Shaka made his return from the dead fans were excited and also very confused.

Fans were hoping that a resurrected Shaka would come back looking for peace instead of vengeance and they are now afraid that he’s going to kill some of their faves, as it’s become clear that anger has blinded him.

Kagiso and Dingane, who were responsible for Shaka’s “death”, are now on the receiving end of Shaka’s anger and wrath. The guy tortured the pair hard.

While Kagiso had his mother to protect him, Dingane may be left out in the cold because Brutus was still embracing his miracle. That guy loves Shaka more than anyone and isn’t afraid to show it

Juhs a reminder that Shaka rose from the dead to win an award #TheQueenMzansi pic.twitter.com/8ZjHfxdvG1

Petronella took petronelling to the next level, at Tau … erm Hector’s house

Petronella has been serving the viewers with gem after gem as she puts the Sebata daughters in their places.

Just the other day, she had to remind them to pick up after themselves because while she may be employed by their father, she’s a house executive not their maid.

She’s such a mood and there’s just no denying her talent.