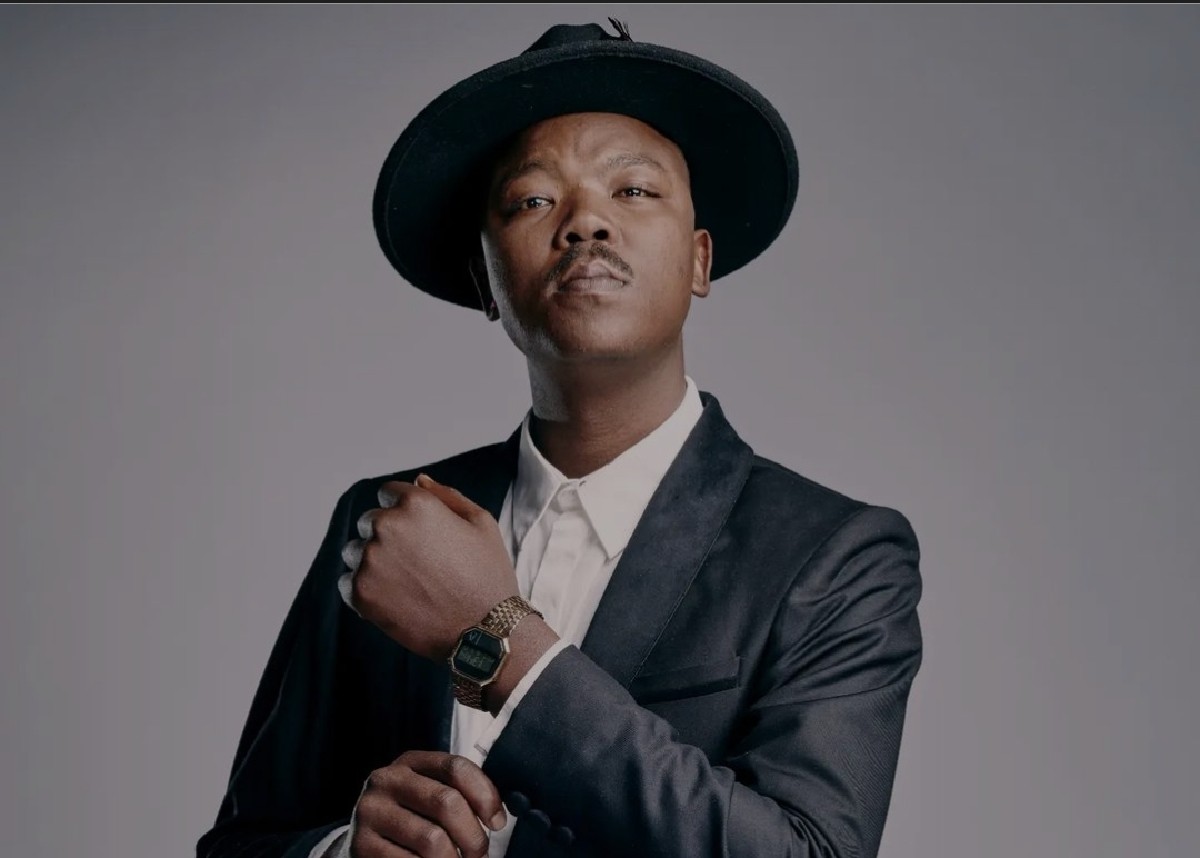 Mongezi “Toll AS$ Mo” Mahlangu, has lashed out at Thembisa Mdoda following the paternity saga of her two kids

Toll AS$ Mo had an interview on Podcast and Chill with MacG, and he did not mince his words when he weighed in on this. He asked why Anele hasn’t been interviewed for allegedly lying about the paternity of her two sons.

Anele is the host of a brand new Mzansi Magic show Suxoka, which features couples who need to resolve trust issues so that their relationship can blossom. Toll AS$ Mo” Mahlangu accused her of being a pathological liar and questioned how he landed the show after allegedly lying that the boys were Atandwa’s offspring.

“The show that she does, Uyaxoka but she is the biggest fen liar. Why are they not interviewing her? Number one she fen lied about those kids. Those ain’t Atandwa’s kids. How do you try and play Black Panther dwag? How do you give Black Panther kids that are not yours?” he asked.

Atandwa and Thembisa had a nasty breakup after the Black Panther actor discovered he wasn’t the father of the children. Atandwa said their relationship started in 2004 when they were both students at Wits University. Throughout their varsity years, they had an on-and-off relationship. He revealed that in 2011 they met again, and started dating on a casual basis.

Soon after they reconnected, Thembisa informed her that she was pregnant, knowing that she was seeing another man. Despite this, Atandwa assumed he was the father of the kids.

“I decided, assuming I was the father, to do the appropriate, befitting, and right thing, which was to be a supportive and active partner throughout her pregnancy. I would introduce the ‘paternity’ topic every now and then, but would be met with a continuously growing unwillingness and animosity, even to the point of being threatened I would never see the children if I decided to press on with the issue. The children were born in 2012 and Ms. Mdoda and I split the parenting responsibilities and continued our relationship,” read part of the statement.

ad
The Prince of Theatre said in 2014 rumors surfaced that Thembisa had been unfaithful. He said he asked for a paternity test and his request was met with hostility. Apparently, Thembisa even threatened him that he would never see the kids again.

After months of deliberation and a seemingly unending stalemate, in November 2015, she eventually agreed to take the paternity test. I collected the blood test results from Lancet Laboratories four weeks later in December 2015 and the results revealed conclusively that: “Probability of Paternity: 0.000%” – Lancet Laboratories, 2015 With they further explained: “The results of DNA profiling analysis of the three persons identified above indicate that ATANDWA KANI is EXCLUDED from being the biological father of (the) child:…” – Lancet Laboratories, 2015.”

During an interview with Siyabonga “Scoop” Ngwekazi on VUZU’s The Cover, Thembisa opened up about the saga and said, “Do you know what it is about my ex-husband? And I’m gonna say it now so that there’s no mix-up… I was with someone I loved, and it ended.”

“The one thing that I refuse to do is give a man who did that to the children air time… because it doesn’t matter what you’re going through as a human being, you need to strengthen yourself and be considerate of the children and see this in their benefit’… I’ve got nothing to say about him. He’s happy, I’m happy.”

“I don’t think he and I were at a point in our lives as two individuals, to be in a marriage. We were young… and there were so many things that come into marriage and this industry, that I don’t think we were ready to handle,” Thembisa said.