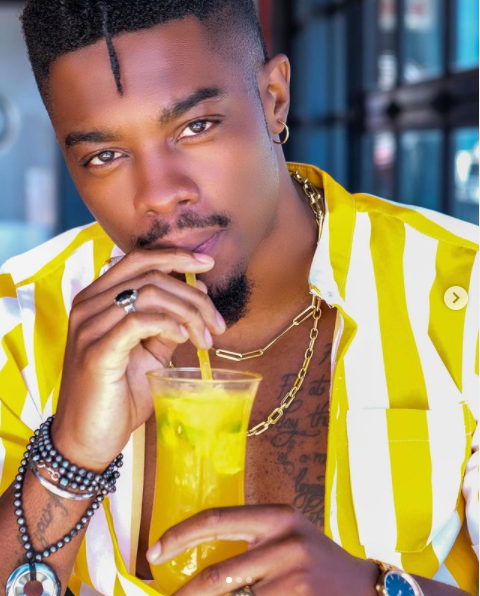 Tino Chinyani is spoiling his bae Simphiwe Ngema with new kicks. The actress took to her IG stories to show off her new Air Force 1 sneakers and thanked him for the spoils. 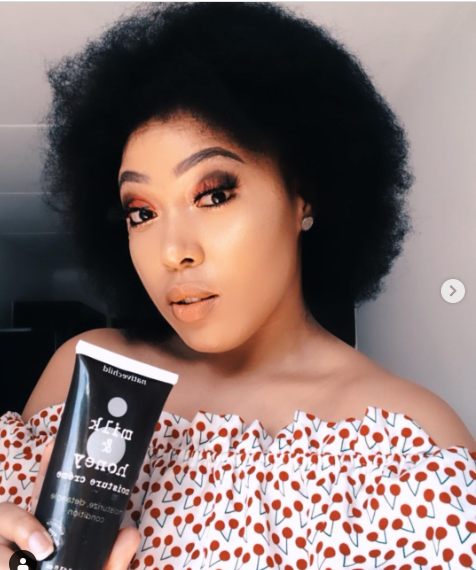 In other news, Tino is always catching heat for one or the other post on social media, especially on Twitter. This time, it was over his participation during the “how-it-started versus how-is-it-going viral” challenge. Tino who admittedly does more than his portion, instead of the two standard comparison posts went on and a sequence of four frames. By doing so, Tino opened room for tweeps to drew their own conclusions and for the post part it was not received well by the masses; especially the sisters. 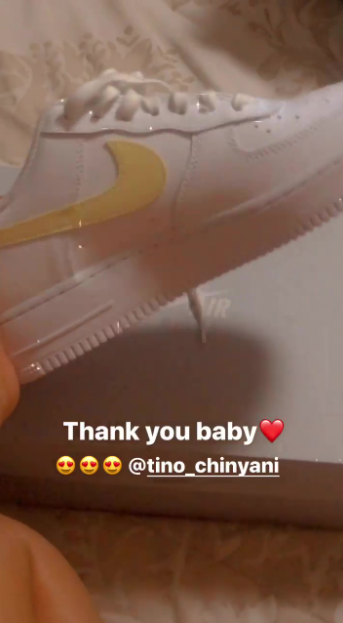 The text the most people could not get over was the, “Trust it would be sensational. I would make you shake,” with a suggestive emoji to drive the point home at his reference of what he is making shake. Already the post had received comments suggesting that next time Tino should do less, and leave some things to the imagination. But the model would not be team-too-much, if he did not comment and basically say do-you-I-do-me.

Soon enough the post was catching the attention of social media users, especially the women as men were just taking notes. First comment on the post to receive attention was from popular YouTuber, Xoli “Miss XO” Gcabashe. She seemed to encapsulate the consensus of the most women offended by the comment. First, that it reads thirsty. Secondly, that if it went down that way in the DMs than maybe it should have stayed there. This was a comment the actress, Masasa Mbangeni agreed with it.

Oh no how on earth am I going to survive ! https://t.co/3pc5uJZIRu

Hayi kodwa we didn’t to know this part mntase . https://t.co/W0BhRoJMJ8

But again this would not be Tino if he did not have a comeback to the drags. And more than have just a comeback and let the phone rest, Tino would hold on tight to that cellphone and sporadically either comment with clapbacks, retweet an old post when new clapbacks would not come to mind, and share already shared images of the good life to confuse the enemy. One other thing about the personality that is for sure, besides his comebacks is that man can reuse, recycle and reuse again.

As long as the family straight, I’m nice. 🙏🏾🕊 pic.twitter.com/GLj9ayI6oe

While the first post suggested that if the family was happy, he is not bothered. Tino could not help but add drags suggesting that the only reason that women were mad about the post was that he did not have to pay for it. For Tino the reason for the vexation could not have been because that is the woman you love, so respect her; or that this shared and viral post will always follow Simphiwe and how she is perceived. Simphiwe Ngema, baby mama has yet to speak on it.

Enjoy commenting on my life whilst I actually live it. 🥂

How can I make them mad today. 🥴🤣 pic.twitter.com/hUPvZhObAt