Thuli Phongolo opens up about her love life

Thuli Phongolo opens up about her love life 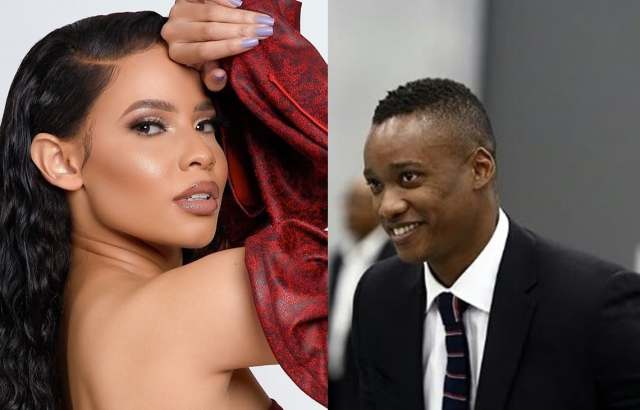 Thuli Phongolo decided to open up about her love life on Twitter and shared what she wants in a man. Fans started weighing in and asking her what she did to get the healthy relationship that she is in now. Thuli clapped back at a follower who insinuated that she went out to the world looking for love.

South African actress and DJ Thuli Phongolo took to the Twitter streets to open up about her relationship status. Thuli has been linked with Duduzane Zuma as her boyfriend and Mzansi peeps are almost always left wondering who the star is actually dating.

The former Generations: The Legacy actress said she prefers to keep her love life private and off of social media. She snapped at a follower who wanted to give their own opinion on her relationships.
Thuli said that she does not want a man who is active on social media: “I really don’t want a man on social media! I’m always just laughing at the sh** that guys do on social media.”

“I was just living my life, worried about me, my loved ones and plans!” she said.

A follower then came at her sideways and argued that Thuli attracted the relationship her way, not that she wasn’t actively looking for it. To which she replied:

“Don’t spin the wheel. You know exactly what you were implying and now that the response doesn’t suit your plot, you’re throwing toys about.”