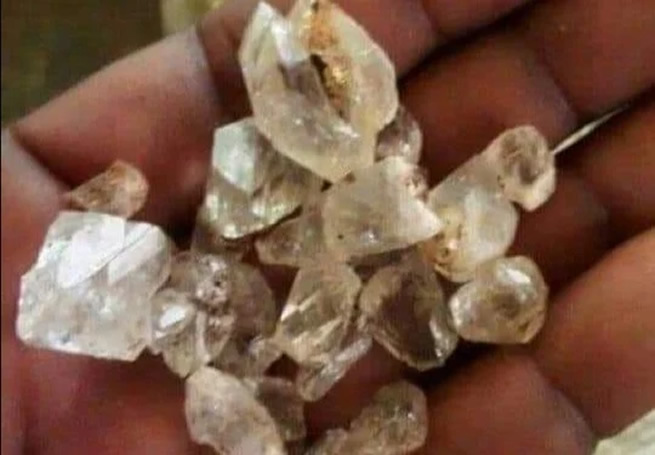 Concerns have been raised about the Ladysmith “diamond” rush which has seen thousands flocking to the KwaHlathi village since last week.

The KwaZulu-Natal provincial government is among those who have raised concerns about illegal mining activity in the area.

This follows the discovery by some of what they believe to be the precious stones. Images and videos have been circulating on social media where some involved in the illegal mining are seen celebrating in belief that they had struck it rich.

He said the Department of Minerals and Energy (DMRE) has promised to dispatch teams to the site. These teams include the department’s enforcement and compliance unit to conduct an inspection of the site.

“The Mintek and GCS teams will include a geologist and will focus on establishing what exactly are these items that have been discovered KwaHlathi,” said Mabaso.

Meanwhile KZN Premier, Sihle Zikalala, said: “We are worried that if not brought under control the situation could result in chaos and a possible stampede.

“We call for order and calm and urge all those involved to cease their operations and vacate the site so as to allow the DMRE to conduct a proper inspection of the site and of what has been discovered there.”

Zikalala said the illegal mining activities could also be in violation of the Covid-19 regulations.

“It is also very concerning that in the wake of a looming third wave we have so many people gathered in one spot, not maintaining social distancing and also not wearing masks. This could prove to be a super-spreader and might put at risk many people including those who are not part of the mining,” he said.