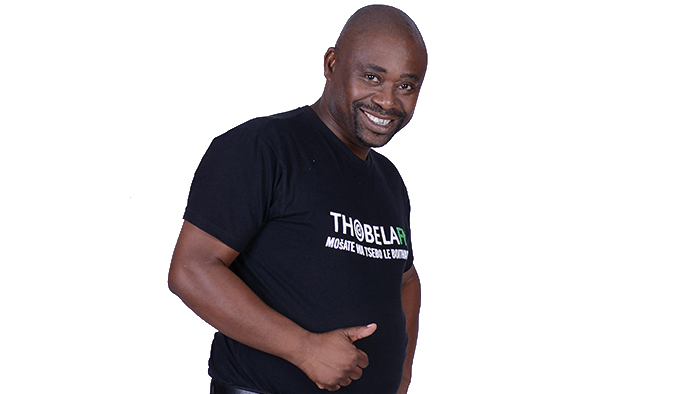 Sebola, who presents the station’s popular Saturday show Monate Breakfast, was yanked off air by the station’s senior producer Roseta Sebapu for allegedly arriving late for the show last week.

News of his suspension was revealed by a station staffer, who disapproves of how the presenter was pulled off air.

However a staffer, who did not want to be named for fear of victimisation, disputed that Sebola arrived late for his show.

Relating the story, the staffer said the problem started when the station moved its studio equipment from its Pretoria studios to its headquarters in Auckland Park.

Sebola, who was broadcasting from the Pretoria studios, said the staffer, was also moved to Auckland Park to start broadcasting the show from Saturday last week.

When he arrived there, said the staffer, he found that the studio equipment had been placed in the basement of the headquarters and not connected by the technician.

“He then tried to make calls to his colleagues in Polokwane, but failed to reach them on time because of poor network and bad signal in the basement,” said the staffer.

The staffer added that Sebola eventually got hold of his colleague, Skhumbuzo Mbatha, who helped him get connected.

After being connected, he then realized that the show was already on and his other colleague, Isaac Mashila, was on air broadcasting it on his behalf. “When he enquired from Roseta, she told him that he always arrived late for his show and that he was problematic.

“She then told him to stay at home until further notice. This man was not deliberately late for his show and his suspension is, in my view, unjust.”

Sebola could not be reached for comment at the time of going to print while Sebapu referred us to SABC group executive for corporate affairs and marketing Gugu Ntuli, who confirmed his suspension.

“The SABC can confirm that Fantastic Sebola is unscheduled by Thobela FM management. At this stage, the station management has engaged with him directly.

“The SABC will not comment any further on this matter as it is a matter pertaining to an employment contract between the two parties,” said Ntuli.