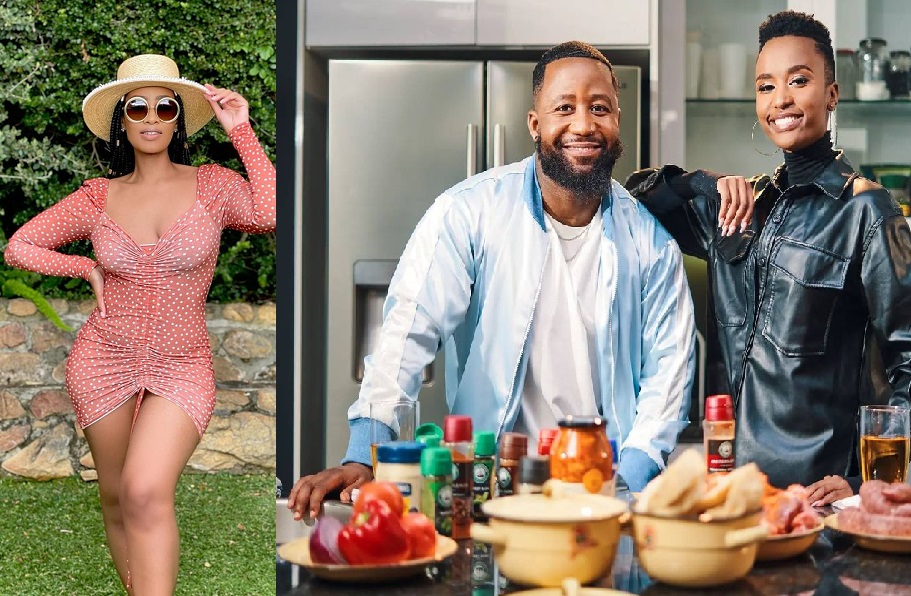 South African award-winning rapper Cassper Nyonest, who is currently in the UK, saw the first episode of his highly-anticipated Braai Show featuring Zozibini Tunzi air on SABC 1. Many wondered if the man known as Mufasa would live up to the standards set by his predecessor AKA and according to the reactions we’ve seen on social media, he has done an exceptional job.

Fans couldn’t help but notice the chemistry between the two. Some tweeps pointed out that Cassper couldn’t stop looking at the former Miss Universe. Cassper’s childhood friend Carpo, who is also expected to feature in the show soon, called out Cassper on Twitter for not being able to braai meat.

The Chemistry between Cass and Zozi😭😭😭🥰🥰🥰🥰 #TheBraaiShowWithCass

Meanwhile, Thobeka Majozi is super proud of Cassper Nyovest, so much to the point where she is ready to give him another baby. The rapper’s baby mama is Cassper’s biggest cheerleader and he is so lucky to have her by his side.

Fans have noticed how much value Thobeka adds to Cassper‘s life and his success is telling. They reckon that Thobeka is the one who is pushing Billiato to the limits as he plans on filling up the 02 Arena in the United Kingdom. Not a far-fetched dream for a man who managed to fill up The Dome.

In another IG story, she reposted his performance in London where he fused a bit of Hip Hop and Amapiano. She is so proud of baby daddy and said if he continues his winning streak, she will give him another baby.

Cassper hyped us his performance and Thobeka agreed with him, “Haaaai now they can argue by themselves,” she commented. Cassper agreed with her and said people have been saying negative stuff about him since his Fill Up days, “They have been arguing by themselves since #FillUpTheDome babe. The dome is even closed now, we are headed to the O2 arena!!!”