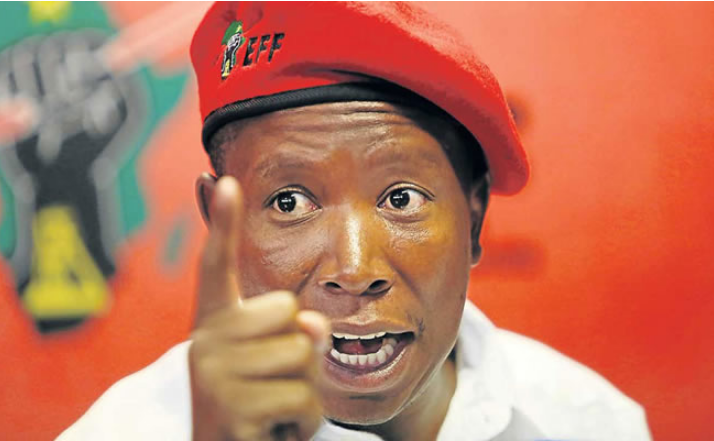 Twitter has suspended Julius Malema from posting on his account, after he was reported for his remarks on the SANDF deployment in KZN and Gauteng.

Julius Malema has had a number of features on his Twitter account suspended, for a 12 hour period. This follows posts he made about the ongoing unrest in parts of South Africa, where he likened the SANDF deployment to a ‘war on civilians.’ Of course, the 40-year-old is no stranger to stirring trouble online – but he may have gone too far this time.

Shivambu shared a screengrab of Malema’s profile displaying a message of suspension.

So @Twitter has temporarily suspended the account of CiC @Julius_S_Malema for tweeting #NoToSoldiers & stating the fact that “War is declared on civilians”?. The white capitalist establishment is desperate to protect their puppet who’s failing to provide leadership! pic.twitter.com/ouOfD3RTvr

He threatened that if the SANDF is deployed, the party would encourage its supporters to join the protests as it was a declaration of war.

“No soldiers on our streets! Otherwise, we are joining. All fighters must be ready… they won’t kill us all. We need a political solution to a political problem, not soldiers,” reads Malema’s tweet.

Malema said that deploying the army and calling for a state of emergency was going to have innocent people killed.

“As usual they’re going to kill the innocent. In honour of Collins Khoza and all Citizens who were harassed during level 5 say #NoToSoldiers

The Democratic Alliance (DA) said that it would lay criminal charges against Malema and former president Jacob Zuma’s children, Duduzane Zuma and Duduzile Zuma-Sambudla following their remarks on social media.

“It’s time for Duduzile Zuma-Sambudla and many others who have incited violence to be held accountable for the looting and violence we have witnessed over the last few days,” said DA leader John Steenhuisen on Wednesday.

“It is completely wrong for leaders to be doing this in South Africa in a situation like this. It’s no secret that leaders of the pro-Zuma faction, as well as others with aligned interests, have been fanning the flames on social media with impunity,” explained Steenhuisen.