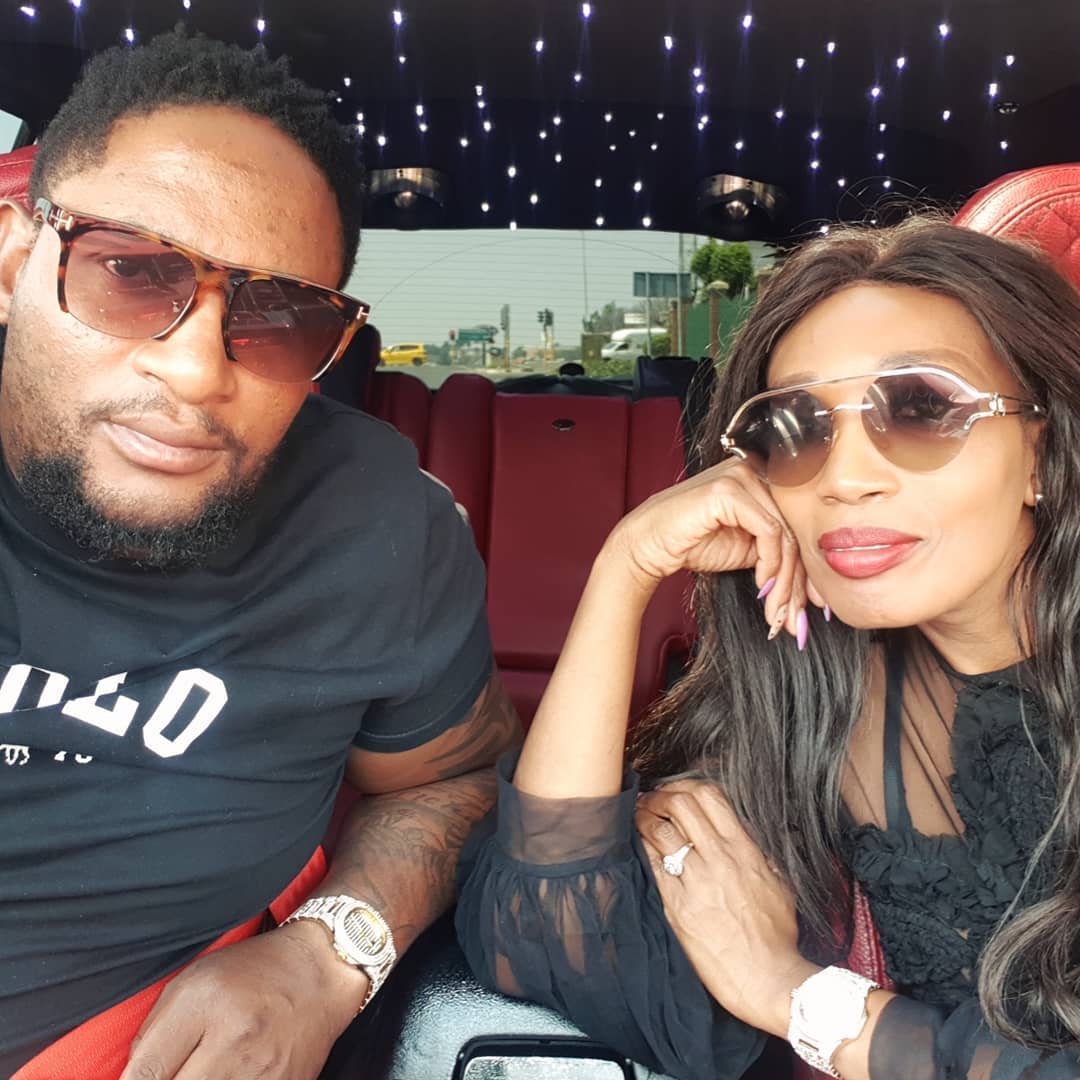 Actress Sophie Ndaba has been called a “witch”, “thief” and other ugly names by her sister-in-law as the two families butt heads over her son’s song in which he is accusing her estranged husband of cheating and physically abusing the thespian.

The actress’ estranged hubby, Max Moeketsi Lichaba, has also sent a letter of demand to the wedding planner, demanding that her son Lwandle Ndaba apologise and retract the “defamatory” and “hurtful” lyrics of the song titled My Step-father is a Devil – Mr Max Lichaba.

In Whatsapp messages sent to Lwandle, Lichaba’s sister Aiso Lichaba instructed the music student to “remove” the ditty and threatened to spill the beans on the former Generations actress’ “stealing ways” if he did not comply to her demands.

“Look here b@tch… that is my brother you are singing rubbish about. Did you ask that stupid mother of yours what she did to Moeketsi? You Satan, who do you think you and your witch mother are?” reads a Whatsapp message.

Aiso also said Lwandle and the former Isidingo actress were struggling to make ends meet when the Kwa-lichaba chisanyama owner came to their rescue.

Lwandle stood his ground and told her that the tune was exposing to the public the true reflection of what happened in Lichaba and his mother’s turbulent marriage.

“You are a small boy, you don’t know what you are starting … before you provoke war,” he wrote.

Lichaba also moved the battle to a higher gear when his lawyers, Len Dekker Attorneys, wrote to Lwandle on Monday demanding that he retract the song and apologize to him before Tuesday. He threatened to obtain a high court interdict against Lwandle if he failed to do so, arguing that the allegations are devoid of truth.

He also denied that he was the reason Ndaba plunged into depression.

“The wrong impression and/ or allegation and/or defaming publication implies that our client used your mother, Sophie Ndaba’s fame and money, to advance his business interests, whereas both parties have acknowledged and agreed their standing and interest from inception of the marital relationship. Accordingly, the submission is not only false but aimed at specifically implying that our client misused his marital relationship to your mother.

“It is, therefore, our instructions to demand, as we hereby do, that you withdraw the publication of the aforementioned song with immediate effect and confirm in writing an unequivocal apology for any negative aspersions and/or inference that can be drawn and/or defamatory statements made in the said song by close of business on Tuesday, 17 August 2021, failing which our client shall have no alternative other than to approach a court for an interdict against you for further publication of the song.”

Lwandle had neither retracted the song nor apologized at the time of printing.

Aiso said though she insulted Ndaba in a fit of rage, she would not apologize to her because she too has done bad things to her and Lichaba.

“We will reveal everything to the public whenever we are ready to do so. Right now we are not ready to say anything to the media ,” she said.