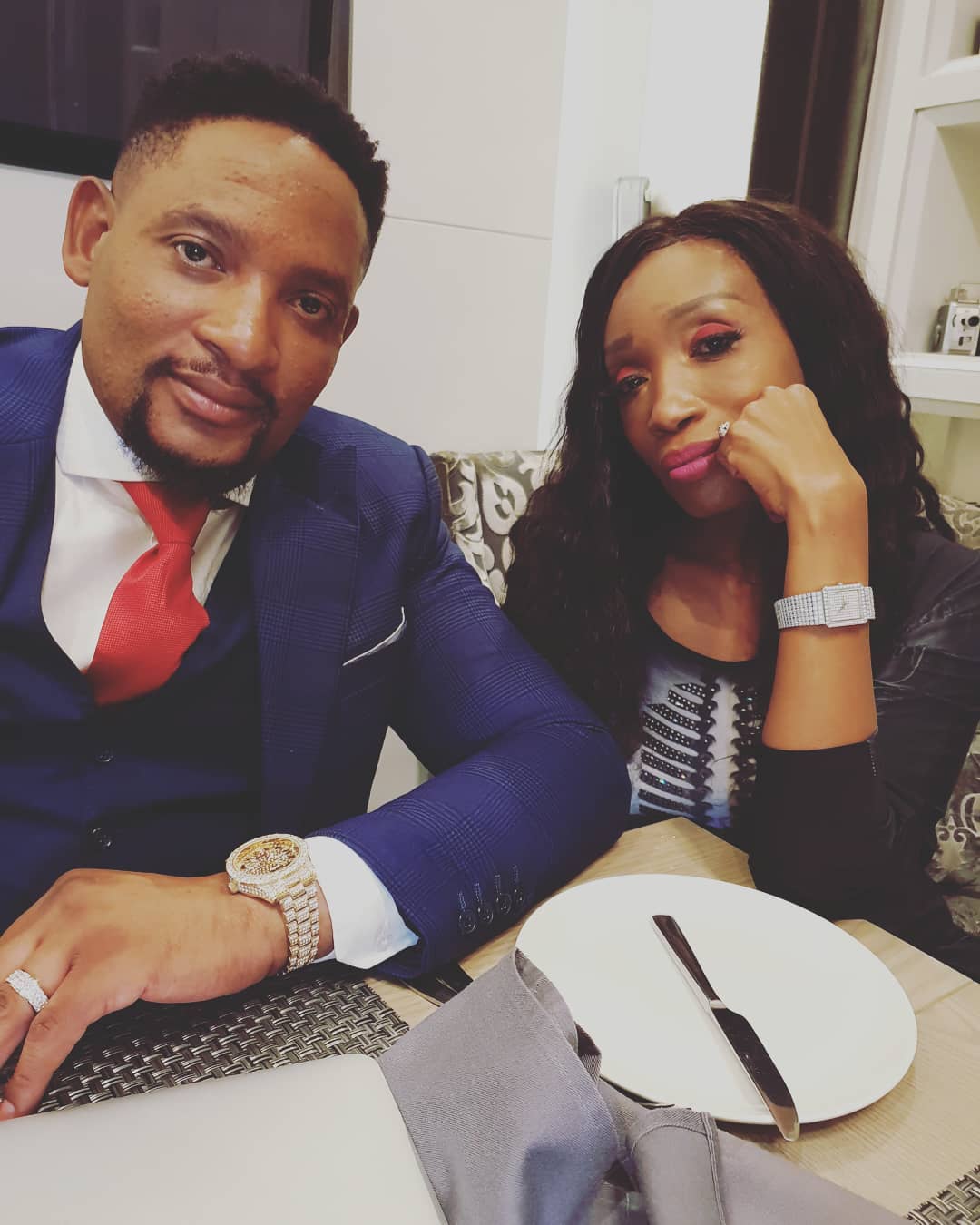 A few weeks ago, actress Sophie dropped her surname Lichaba and went back to her former marital surname Ndaba. We were already aware that Sophie and her estranged husband Max Lichaba‘s marriage was in turmoil, however, it seems as though they had separated.

Rumours of infidelity plagued the couple’s marriage but now there seems to be more to the story. Sophie’s last-born son, Lwandle Ndaba who is an aspirant rapper made a diss track where he exposes his step father, Max Lichaba and boy did people’s jaws drop.

Ocean L, his stage name, released a diss track yesterday called ‘My Step Dad A Devil’ and it has since gone viral. Promoting his track, he wrote, “The new king of the men are trash era goes to…”

In the diss track, Sophie’s 22-year-old son, Lwandle starts off by saying people deserve to know the truth about Max Lichaba.

“I always thought that you were one to protect us, instead you always pulled up and stressed us. You the reason mama fell in depression. You used her for her fame and her money. You got it all and you left us with nothing.

“We had to start form scratch it was [a] struggle. Hard to put food on the table, while you busy buying Bentleys & Bit***. Can’t believe my mama [is] in this position, Imma put you in the worse position.”

“Okay Max, let’s the people [know] who you really are in fact, bipolar n***a fake Rolly (Rolex) on the wrist. The King of the men are trash that’s a fact. You left your wife alone bruised up on the body. I won’t forget that day when you hit her cause you cheated, you cheated with my best friend well that’s a shocker. She old enough to be your daughter, R Kelly wanna be.

“A devil in disguise is what you really are, I thank God you not my father I fear for your children. My mama had it with your sh*t I’m glad she chose to leave disrespectfully you are [a] tragedy. Fake gangster, bad father with a fat belly.”

He then promises his mother that he will replace everything that Max allegedly took. “I’ve never seen a wife in pain because of a man she loved until a man named Max came along and showed us how dangerous a man can really be,” he said.

Lwandle then brags about his mother’s net worth saying she makes more than all Max’s baby mama’s combined. He then revealed that Max allegedly got another woman pregnant, and no it is not his best friend but another woman “down his mothers’ league.”

Taking to the comments section are his followers saying his song is dope and that they believe him. They are saddened at the fact that he as a young man had to witness what was allegedly happening with his mother and applauded him for standing up.

Listen to the diss track below: