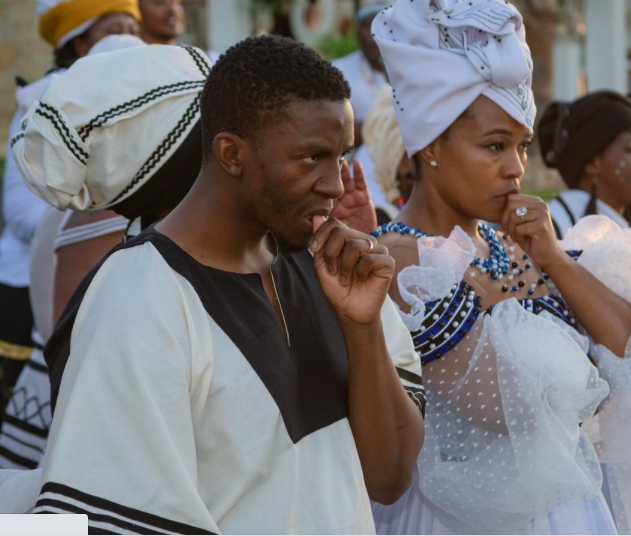 It is a standard procedure that every season in the River 1 Magic should have a lavish wedding. This time around, it came much earlier in the season. Zweli Dikana took everyone by surprise when he told Lindiwe that he wants a divorce. What was even worse about it was that he proposed to their helper, Nyakallo, shortly after.

Following countless attempts from his family to stop him in his pursuits, Dikana stood firm with his decision – whether they agree with it or not. Seeing that her husband has moved on and doesn’t value their marriage anymore. Lindiwe gave him her blessing to marry Nyakallo, provided he takes her as a second wife. She has even gotten the best wedding planners to plan the whole thing and has been hands-on.

Emma and Zolani have ordered a hit on Zweli’s second wife-to-be – the hit is set to take place on the wedding day. They just broke the news to Lindiwe, however, to their surprise she’s ordered them to call it off as Zweli would suspect her if anything were to happen to Nyakallo. They’ve been trying to get a hold of the hitman but his/her phone has been off. Will they make it in time or will it be another wedding day filled with tragedy?

Emma had warned them about Nyakallo and everyone thought she was just being mean. Turns out she was right as she’s bagged herself a whole police commissioner and a place at the Dikana Mansion. Tshedza pictures have taken to social media to share some snaps from the wedding set to take place this week. The pictures look stunning and everyone has been raving about how amazing the outfits look.

Nyakallo is portrayed by Bloemfontein born actress Jessica Sithole. She is a Drama and Theatre Arts Graduate who won Miss Glamorous Free State in 2017.

Sharing snaps from the wedding on social media, Jessica informed her followers not to miss the forthcoming episode as it will be action-packed. “Lindiwe has given the instruction that Emma and Zolani shouldn’t touch Nyakallo. The wedding continues! Sad, sad day for Madlabantu. Don’t miss,” she posted.

Will Lindiwe finally be silenced forever as Nyakallo comes into the picture or are we going to see a big twist in this story? We will soon find out. Catch The River on weekdays at 20h00 on 1Magic.