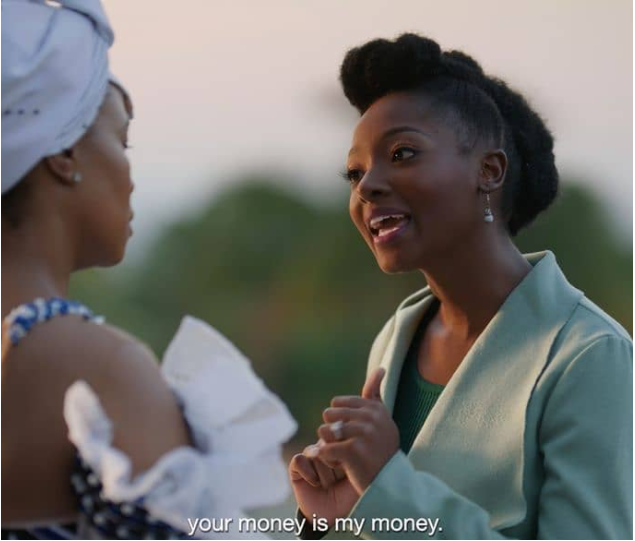 Nyakallo came to the fold as the sweetest character we had ever come across on the telenovela. In her first few performances, some would say that she was sweeter than Sis Flora. However, that perception we had of her – as an innocent young woman from Lesotho who came to Johannesburg to create a better life for her siblings has all but vanished. This comes after the most recent episode of the drama.

Following her wedding with Lindiwe’s husband, Ntate Zweli – Nyakallo decided that it was time to take the mask off. What viewers witnessed was a Nyakallo no one had ever seen before. On the way to her honeymoon, she called Lindiwe to the side and threw insults at her. Telling her that she is pathetic, old and that she will be giving Zweli the time of his life as their honeymoon. She also added that Dikana did not sign a prenup, so everything Lindiwe owns – she is entitled to half of it.

This scene has been trending on social media since the episode aired last night. Fans are disappointed at how Nyakallo had everyone fooled and in as much as we’re all furious – we must take a moment to commend her acting skills. Zweli’s new wife is portrayed by Bloemfontein born actress and model, Jessica Sithole.

Now that we’ve gotten that out of the way, let us get on to the more fun stuff. So the wedding finally happened and it’s one of the best traditional weddings we’ve ever witnessed on television. Nyakallo and her family came rejoicing and singing in traditional wedding attire. They received a warm welcome from the Dikana’s before the wedding began. Nyakallo then changed to Sesotho bridal wear while Zweli wore isiXhosa traditional wear.

Now back to the snake that is Nyakallo. Emma had warned everyone about her from the onset and they thought she was just being her mean self. Turns out her suspicions about the new bride were true. Even Lindiwe could see through her when she arrived from her holiday but no one listened to her. We suppose Nyakallo is not the only person to blame as Zweli is the one who asked for her hand in marriage.