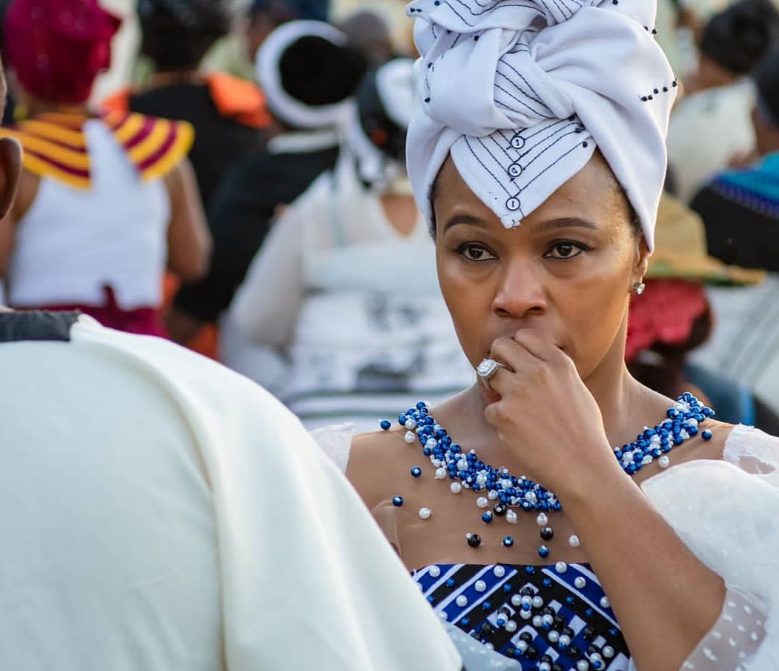 There’s no dangerous person like a woman scorned! Lindiwe Dikana, also known as Madlabantu or Kalashnikov, has come out to play in The River.

She’s not keeping any prisoners and has turned Nyakallo into a madwoman.

Just when Nyakallo thought she had won Zweli over by being his second wife and revealing her cards prematurely, she gave Lindiwe an upper hand. How dare she think she can just walk into the Dikana mansion and claim Lindiwe’s love of her life, Zweli, for herself?

Now she’s feeling the heat while on her luxurious honeymoon, which has already turned soar. The new bride is hallucinating and seeing snakes. . .

Well, the ones that Lindiwe chooses to reveal!

By the time the honeymoon ends, Nyakallo will either be dead or in a mental institution. Nobody messes with Lindiwe and lives to tell the tale.
On The Queen, the race is on to find out who ratted out the Khozas, resulting in their R15 million shipment being seized by cops.

Harriet, Brutus and Shaka are trying to find out who sold them out, and Harriet suspects Hector.
However, the mole might be right under their nose. Their investigation has brought them closer to finding out that Hector was the one behind Kea’s death.