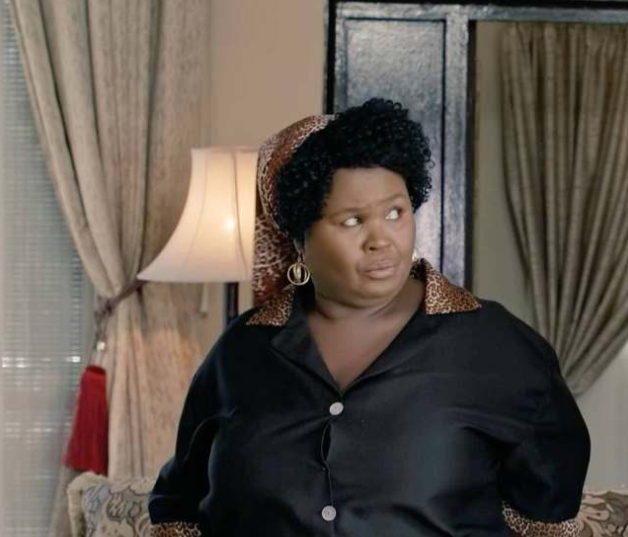 Patronella (played by Thembsie Matu) has been treating Mjakes (played by Sipho Manzini) very badly not knowing that Lizbeth (played by Phumzile Mlangeni) has got him by the balls.

It is always said that a man will leave a home that is nosy for a house that is peaceful and calm and that is exactly what Mjakes did. Although we agree that he was pursued. He did not approach the mkhaya, the mkhaya went after him and as such, it can be said that he did not do anything wrong.

Lizbeth came in guns blazing ready to sway Mjakes her homeboy to fall for her. At first, nobody thought much of it because she just seemed to a humble woman that enjoys serving her homeboy. Great. Suddenly sis is rubbing on Mjakes and making it known that she does not mind being in a polygamous marriage.

She in fact tells Mjakes that he must rest because whatever is going on between them is taking them straight to marriage, a polygamous one at that. Lizbeth is a focused woman that knows very well what she wants. Unlike most people, she does not mind sharing a man or even coming second best.

Well, the same cannot be said for Patronella. She will kill for her man. Come to think Patronella has always been 10 steps ahead of us. She has always suspected that people want her Mjakes. She even suspected Siyanda of doing some dirty stuff with her husband.

When she initially cried her eyes out at the thought of Mjakes busy with another woman, everyone had to convince her that Mjakes would never do that to her. Schumacher went as far as telling her that the only reason Mjakes did not sleep at home the night before (he was at Lizbeth’s place getting his blood sugar up by the way) is because he has decided to take up extra shifts at work including Schumacher’s extra shift to make her happy and get her all these nice things she has been sbwling.

Pat believed the story she had just been spun and immediately went back to love island. When she went to Corner House to apologise for once again jumping the gun, Mjakes was being served by the one and only Lizbeth and homegirl does not waste time. She introduced herself to Pat. We all know Pat is the life of the party and will never make anyone feel unwelcome so she always makes it a point she skeems anyone who is nice and new in the area and Lizbeth was never going to be an exception.

Well, that was before she found out that Mjakes has been entertaining homegirl in ways he has never entertained her. Pat lost it even when Mjakes tried explaining that he did not pursue her. He was not interested. She felt like a fool for allowing him to do that to her and as such kicked him out instantly.

Pat does not want to hear anything lovey-dovey these days. Her best friend Vuyiswa came back from her vacation and was explaining how amazing her vacation or honeymoon was. Pat did not care, she just went into a screaming match and told her that she does not want to hear anything about love. This left Vuyiswa confused because Pat loves hearing other people’s stories. Weird huh Vuyi.