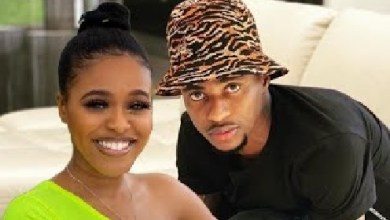 Thembinkosi Lorch and Natasha Thahane seem to be indicating that there is trouble in paradise.. again. The Orlando Pirates player posted a cryptic message on his Instagram story about honesty.

“Be real with me. I respect honesty,” wrote Lorch. 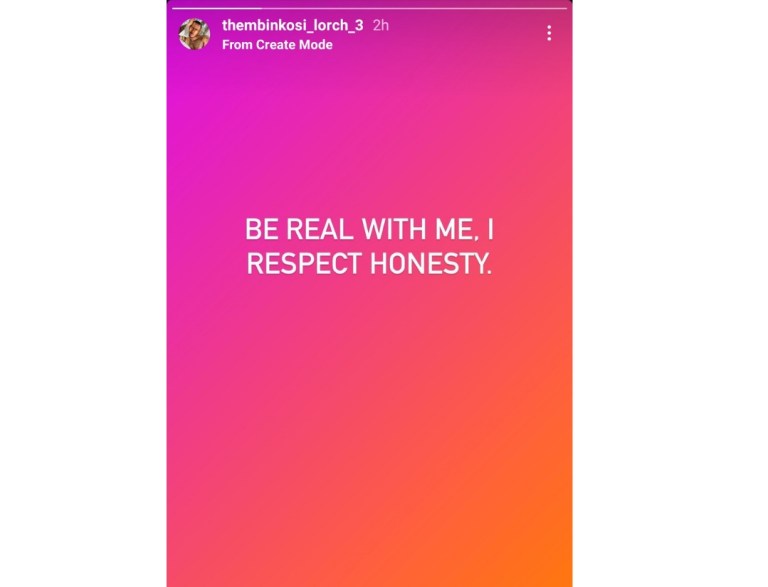 While his girlfriend Natasha Thahane dropped a few hints of her own. Last night (2 September) the actress posted a video of herself smiling with a caption that implies she is going through something.

“Never been so calm in the middle of a storm. It can only be God,” wrote Thahane. 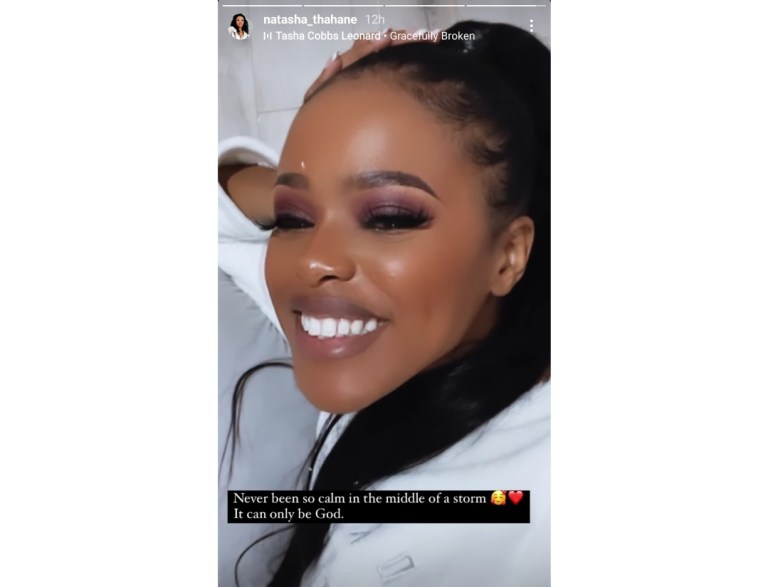 It seems Khanyi Mbau’s businessman boyfriend Kudzai Mushonga isn’t the only one in his feelings! Although not as bold as his meltdown, Lorch and Natasha are definitely dropping a few hints.

LORCH AND NATASHA UNFOLLOW EACH OTHER
Another sign that something is off between the couple is that they have unfollowed each other on Instagram.

This is not the first time the couple have distanced themselves socially. Last month the couple removed posts of each other from their Instagram accounts which had many Tweeps concerned that they have broken up.

However, the couple clapped back at the speculation by posting videos of each other on their Instagram story showing their followers that they spent the day together and are still all good. Although removing each other’s pictures from Instagram may have been an attempt at keeping their relationship private, unfollowing each other on Instagram seems to be a little more serious.

The “Twitter Police” first put two and two together and concluded the pair are dating from the pictures of themselves they posted while on baecation in Zanzibar back in June.

Now, the “Twitter Police” are implying that Lorch is more famous as a boyfriend than a soccer player as they think he will be remembered more for dating the Blood and Water actress than anything else.

Thembinkosi Lorch will be remembered more by dating Natasha than being a footballer.

The same way Thuso Phala is known for his popular dance style pic.twitter.com/3mfZauydf6

While others are blaming the actress for Lorch’s performance and saying that she made him lose focus when she turned him into a celebrity. This is not the first time Tweeps have made such comments, they have also blamed her for his poor Soweto Derby performance.

Pie-Rats Has Not Won A Single Match Since Natasha Turned Lorch Into A Celebrity, Mjolo Will Make You Lose Focus pic.twitter.com/LnTnMt2qba