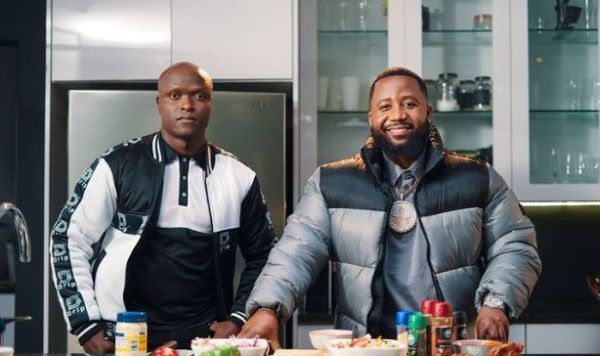 The two businessmen are known to be friends and business partners, but Lekau takes the fight to another level as he says the winner of the match goes home as the owner of Drip company.

Sehoana says an announcement about the match will be made next week, on the 13th of October.

“There’s no belt between me and my opponent @casspernyovest , the winner takes the Company. Also can’t be Celebville, lol BusinessVille. We’ll announce Properly on the 13th of October,” he wrote.

However, Cassper is surprised at his friend’s level of seriousness.

“Lekau nkare you’re serious with this thing. Di 13 ke next week kana. Are you ready?”

Lekau nkare you’re serious with this thing. Di 13 ke next week kana. Are you ready ? https://t.co/aJiAy7GHS4