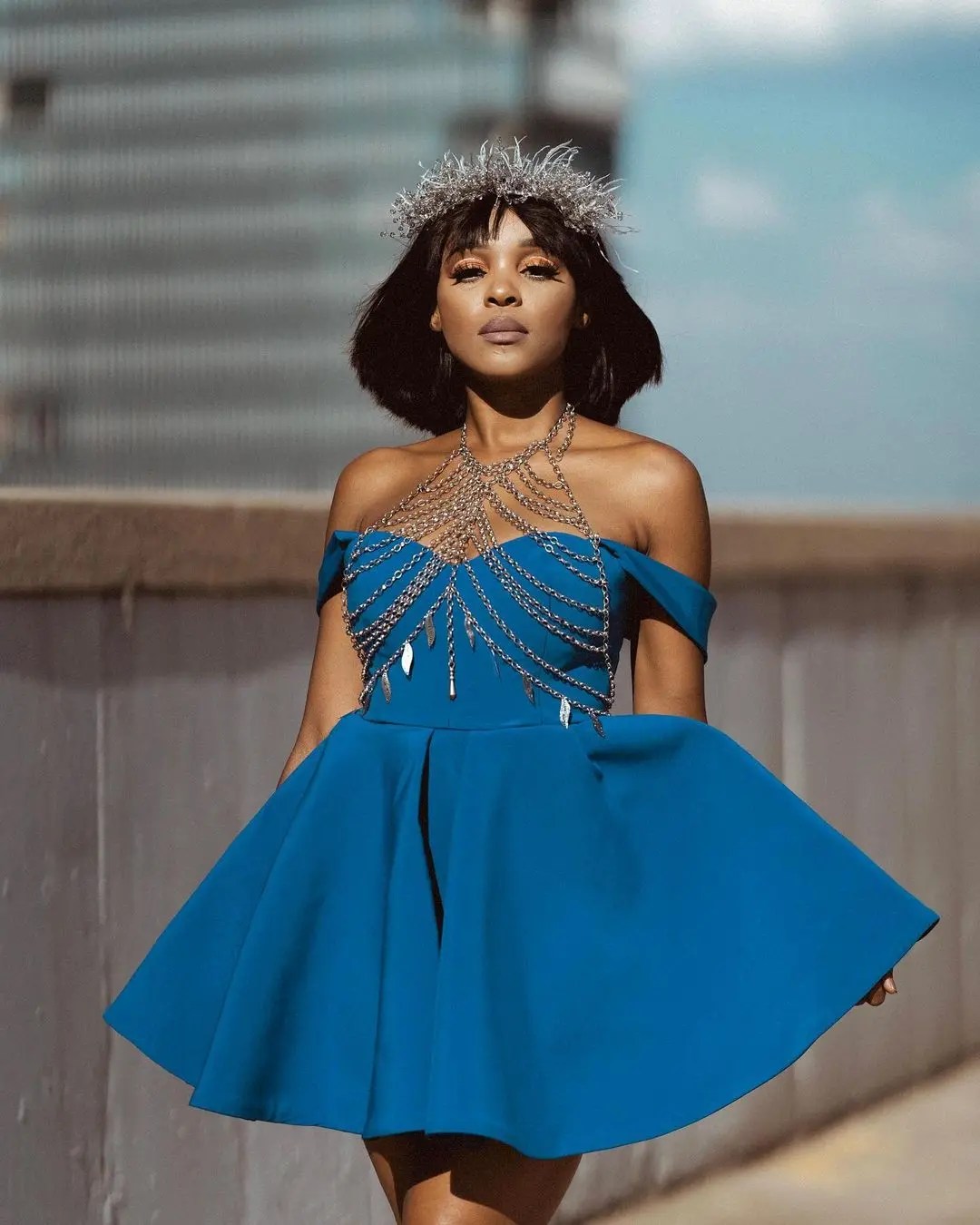 South African actress Mbalenhle Mavimbela has reportedly welcomed her baby after keeping her pregnancy super low-key. The Wife actress sparked pregnancy rumours after sharing pictures on Instagram with her abdomen covered. A report from Phil Mphela also sparked rumours that she is expecting.

When Phil reported that she would be exiting The Wife for personal reasons, fans speculated that it’s because she is, or in this case was, expecting.

“The Wife without Mbali will be a tad strange because she really dazzled in this role. The move could also be temporary, should they get more seasons. If they don’t recast in her absence, I would want to see her return,” said Phil at the time.

Phil responded to a follower who was curious as to why Hlomu would be recast. He said it was not his place to say but she would not be in a good place to shoot the upcoming season. “Can’t say. Not my place. Let’s just say, shooting was not gonna be ideal for her right now.”

According to a report by City Press, Mbalenhle has welcomed her baby, but three months ago. The publication reports that Mbalenhle is lying low to take care of her baby.

The paternity of the father remains a mystery but sources told the publication that it was a wealthy businessman in Johannesburg, but that said man denied being the father.

“I am not a celebrity, and I would not want things like this written about me. I just called her after we spoke earlier to ask her if she knows why people are saying I am the father of her child … She is currently in hospital with the baby, and they are both fine. Everyone in the industry knows her boyfriend. I am just a friend,” the businessman alleged.

Mbalenhle has been rumoured to be exiting The Wife and that Hlomu would be recast. The same goes for Bonko Khoza, her on-screen husband Mqhele who has apparently found his replacement.

According to Phil Mphela Uzalo actor Wiseman Mncube will be replacing Bonko Khoza as Mqhele.

“We have it on good authority and can reveal that Wiseman Mnucbe best known for playing the lead in the Mzansi Magic series eHostela is taking over the role of Mqhele Zulu.”

Stained Glass Production confirmed that Bonko will be exiting the show, “We know fans are going to find it hard to let go of their picture of Mqhele as Bonko, just as they found it hard, when he was first cast, to let go of the bug-eyed Mqhele they had pictured from the book.”

“But The Wife has shown that when you go looking for new talent in South Africa, you find it. So we encourage the 5am club to open up their hearts to the next Mqhele, and help us continue to open up the industry,” added series producer Kamogelo Aphane.

Bonko even commented, “Having had the privilege to play Mqhele Zulu for two seasons, I realize I’ve taken the character as far as I can,” said Bonko.