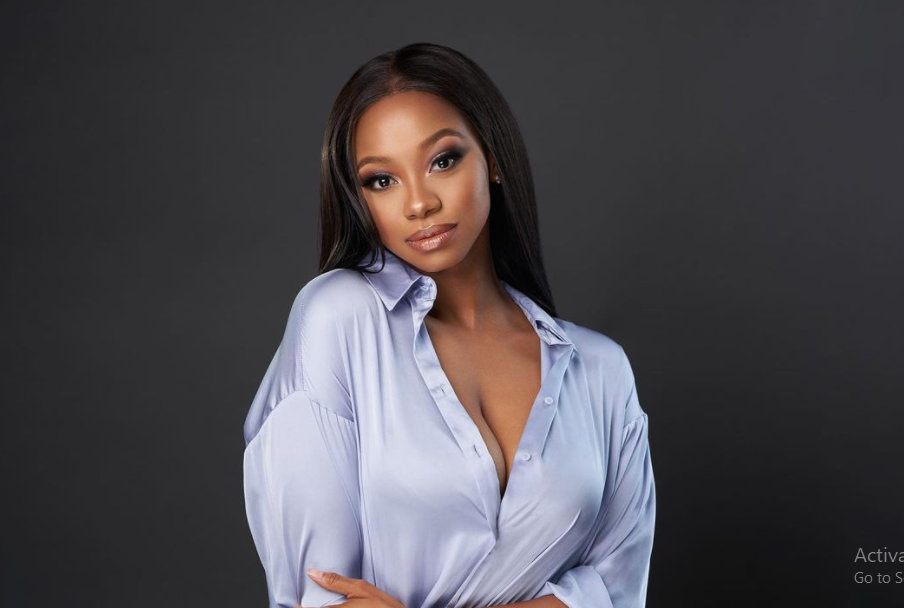 It is starting to become clear that one thing that the writers at The River should not do is give actor, Larona Moagi, emotional scenes. It seems that every time that the good sis is tasked with crying maybe not that- but tasked with giving as much as her co-stars in intense scenes, it always goes left. With every time that it goes left, the calls for the good sis to maybe take a permanent break from the role intensifies.

The latest calls for Larona to take a break comes as the most anticipated- and anti-climactic scene finally took place. The cliffhanger from the last season was when Lindiwe Dikana would, played by Sindi Dlathu, finally find out that Tumi Mokeona, played by Larona, had killed her half-sister, Mbali Dikana. Well, yesterday things came to an end when Lindiwe finally exempted her revenge and almost killed her last surviving daughter. Lost? Check it out below.

The scenes were lauded. First, it was the brilliance of heartthrob actor, Thambinkosi Mthembu acting skills as Mabutho. Then the-expected-but-never-enough kudos that Dlathu received from her realistic portrayal about what a mother would do if she found out that her one child killed her other. Dlathu continues to raise the acting bar, almost solidifying her name as the Beyoncé of telenovelas because wow.

However, when it came to Larona’s portrayal, safe to say that the good sis did not log on to Twitter following her scene because nobody, absolutely nobody held back when they chose violence and aim straight at the actor’s neck. First, it was the matter of her not being able to shed a tear during what was meant to be a mutually tear-shed moment between mother and child. But sis could not strum up even on Denzel Washington tear, and of course, there trolls to remind us that this is not the first time that Larona has failed at being emotional.

Tumi failed this scene yazi, Lindiwe carried it all the way #TheRiver1Magic pic.twitter.com/1Q5joeD3cv

At some point Tumi must go, this show has many great actors that can deliver great acting. I mean Zweli hasn't had a storyline in a while that man just eats breakfast and says hayi lala. #TheRiver1Magic

Nna I don't understand how #TheRiver1Magic missed the mark ka casting ya Tumi, a central character, but got everyone else, even secondary cast, on point. Gwa actwa kwa. She's not bad yena mara alongside the strong actors, which is everyone else, nooor man… pic.twitter.com/vJLgzB0DnV

Fans than brought up one of the only past wrongs- arguably- that the telenovela has done in its history of producing quality television; firing actor, Moshidi Motshegwa who played, the still relevant and beloved character of Malefu. Moshidi’s departure from the soapie is surrounded with speculation as to what really happened.

The running and most consistently told story is that Moshidi, like many The River viewers, did not feel that Warona was hitting the spot when it comes to acting. Being a veteran actress, Moshidi is alleged to have asked not to be placed in scenes with her onscreen daughter. The viewers thought it was fair considering Warona’s acting that gotten better, while the soapie thought she was a diva and fired her. Now people are suggesting maybe we can swap them around- but they killed of Malefu’s character so…
If everything was fair in the world of acting, last night’s episode should’ve been the last for Tumi’s character. Malefu was fired for the wrong reasons🤕

Season 4 Is Loading And This Boring Tumi Still Can't Act!!!! Even Malefu Said It!!! 🤷‍♂️🤷‍♂️#TheRiver1Magic pic.twitter.com/m3vqpyW1Mu

And then there’s Tumi no wonder Malefu couldn’t take it anymore to carry her #TheRiver1Magic pic.twitter.com/dAn5c7lvnU

Since keeping Tumi on #TheRiver1Magic clearly hasn't paid off, what are the chances they somehow bring Malefu back to life? I mean, soapie characters keep resurrecting anyway 🤷🏾‍♂️ pic.twitter.com/xkaYU1o35M