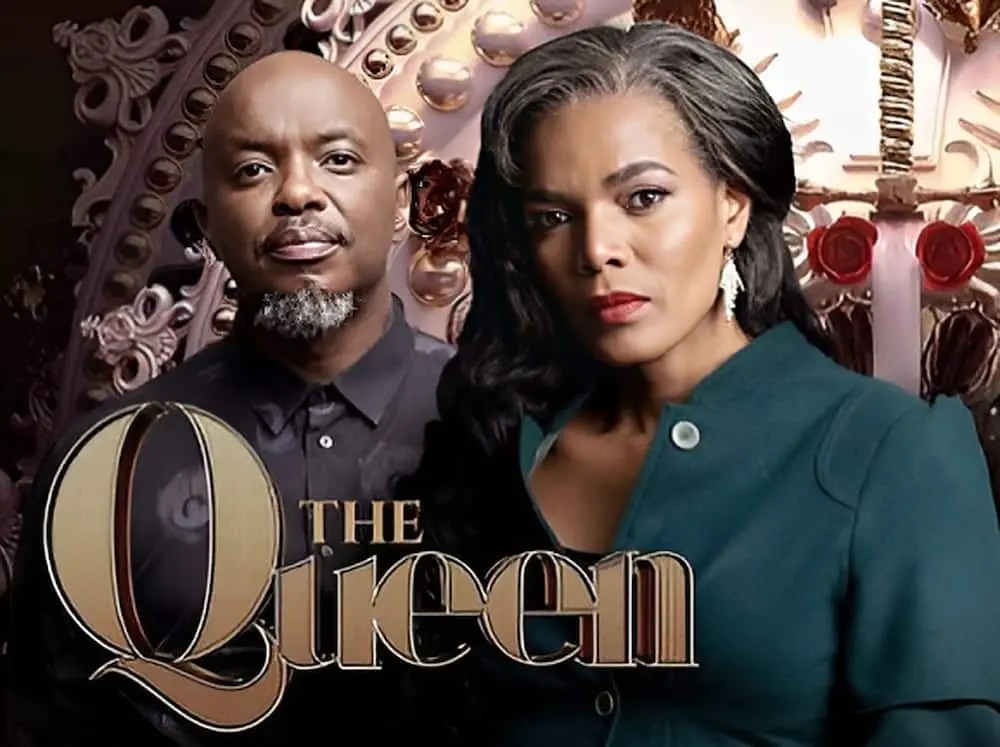 Coming up on The Queen this January 2022: Akhona meets Clive’s friends but things don’t go as planned. Goodness struggles to come to terms with her divorce. Khumo sees Olerato in an unexpected situation.

All is fair in love and war

Clive tightens his controlling hand over Akhona’s life. Goodness receives blow after blow in her and Kagiso’s divorce fight.

Akhona meets Clive’s friends but things don’t go as planned. Goodness struggles to come to terms with her divorce. Khumo sees Olerato in an unexpected situation.

Tension mounts as the happy couple have nowhere to hide. Goodness’ luck has changed.

No light at the end of the tunnel

Goodness can’t see any light at the end of her dark tunnel and takes the leap. Akhona makes a radical decision.

Vuyiswa is furious when she finds out Akhona is leaving. Goodness fights for her life in hospital.

Akhona is starting to feel trapped. Noma wants the Khozas to look past Goodness’ transgressions.

A fuming Harriet draws the line when lines get blurred. Vuyiswa is determined to put an end to a blooming new relationship. An indecisive Akhona has her mind made up for her.

Money in your face

Clive gives Akhona an ultimatum. It’s him or her friends. Harriet and Noma’s friendship disintegrates.

Harriet threatens Olerato. Olerato gets the shock of her life. Clive’s chickens come to roost.

The ones you love

Akhona and the gang finally rid themselves of a thorn that’s been in their side. A surprise visit from an old friend leaves Vuyiswa with a lot to think about. The Sebatas worry when they realise that Khumo is getting far too close to the enemy.

I want a baby

Vuyiswa is looking to expand her family, much to Hector’s shock. Goodness is finally awake, but a lot has changed from what she last remembers.

Goodness starts to regain her memory. Unfortunately, this brings back thoughts of her daughter. Vuyiswa goes all out in her attempt to get pregnant

I want to see my baby

Goodness risks her life to see her daughter, just as Hector finally gives in to see Vuyiswa happy again.

Patronella throws caution to the wind and puts Mjekejeke’s employment in jeopardy. A feud brews between Vuyiswa and Thando.

Hector goes through the motions. Noma hits a brick wall.

End of the road

It appears that Goodness is at the end of the road and Harriet finally agrees to let her son say his goodbyes. Broody Vuyiswa has Hector in a corner.

Harriet refuses to reach out to Kagiso. Noma tries to convince Harriet to contact Kagiso. Vuyiswa takes extra measures to make sure she and Hector conceive.

Noma and Patronella receive a call from the hospital, their hearts sink, expecting the worst. Harriet sets Olerato straight. Vuyiswa overhears something she shouldn’t have.

Just when she’s ready to throw in the towel, Vuyiswa sees some light at the end of her dark tunnel. Goodness vows to fight for Mvelo and Noma puts her foot down.

Vuyiswa has a decision to make Olerato reaches out but Goodness’ reaction to her shocks her.

The truth will come out

Hector waits to find out what is wrong with Vuysiwa. He fears the worst. Goodness gets released from hospital but finds out that the hotel room and private nurse are being paid for by someone she sees as her enemy.

Premiere episodes of The Queen air on Mzansi Magic from Mondays to Fridays at 21h00.