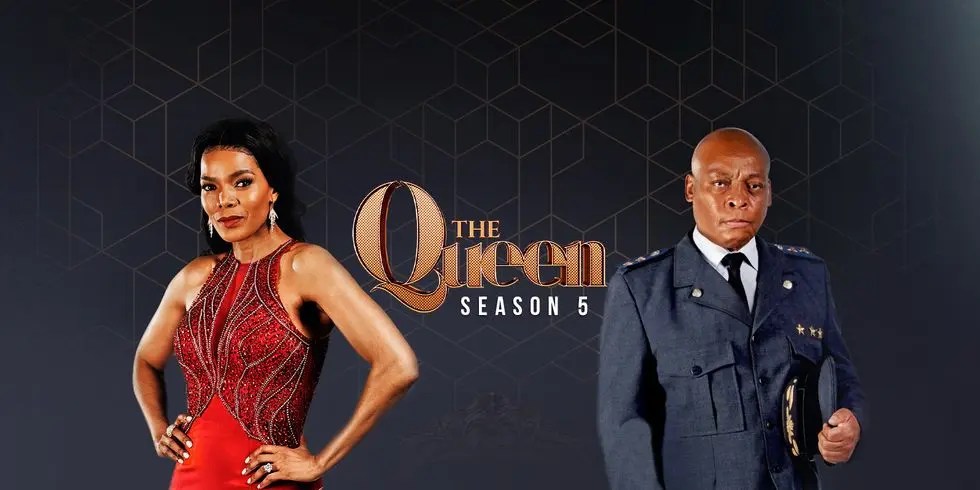 Things are not looking good for 161 Mzansi Magic‘s Telenovela The Queen. According to Phil Mphela the show’s episodes have been repeating the same storyline for over two weeks with manor twists to it. Does this mean the show is losing its touch?

#TheQueenMzansi are you aware your episodes have been playing the same scenes for two weeks with just minor changes.

The story is not moving forward.

A viewer-supported Mphela’s statement saying it has been repeating for more than two weeks. Not so long ago the telenovela was brought to its knees by Umkhokha which resulted to the soap dropping down from being the most-watched show on DSTV. Could it be that the show has released many actors and it is running short or are they finding it hard to move on since the passing of their Executive Producer and filmmaker Shona Ferguson?

Connie Ferguson’s daughter Lesedi Matsunyane posted on social media that they were looking for male actors who were going to be Brutus (played by Themba Ndaba) sons. The category included them being able to speak KZN Zulu.

🚨AUDITION ALERT!!🚨
We are on the lookout for 4 of Brutus’ sons on #TheQueenMzansi

All bios and scripts are in the link belowhttps://t.co/ZU7AOViDtf@SediiMatsunyane will be sharing self tape tips later 😉#TheSHOgoeson ✨ pic.twitter.com/gvDZwAAGbh

This was shortly after the show released Shaka played by SK Khoza, who was allegedly hitting his ex-fiancée Ayanda Hlongwane as reported in the press.

The soap also lost Cindy Mahlungu who was playing Siyanda. Mahlungu allegedly left the show without a clear explanation. Mahlungu also played in one of the Ferguson Films series called ‘KINGS of JO’BURG’ alongside Zolisa Xaluva, SK Khoza, Abdul Khoza and Thembi Seete to name a few.

Having faith on behalf of the telenovela a fan commented saying “the show had to improvise their story line a lot over the past eight months. With one of the actors fired, two others leaving and the producers passing away affected the lead character. Another one got injured on set. I’m not surprised. They just need to stabilize the ship. They will be fine.”

They had to improvise the story line a lot over the last 8 months or so. One got fired.two left. One of the producers died,that affected the lead character. another one got injured on set. I'm not surprised. They just need to stabilize the ship. They will be fine

Judging by the comments on Twitter the queen is not the only soap that is repeating their storylines, The River on 161, The Estate on SABC 3, and SABC 1’s Skeem Sami are on the same bus.

A viewer commented, “So true, I was just thinking that yesterday. For instance flora is always coming to beg for her job back when she has realized she can’t live without working for Lindiwe. It’s tiring.”

So true…. I was just thinking that yesterday… For instance flora is always coming to beg for her job back wen she has realized she can't live without working for uLindiwe it's tiring. 🙄And something is always up at the mine…

Another viewer s added to comments , “ I’ve been saying telenovela must not be more than two seasons or three ,because hayi no they all lose the plot or do not know what direction to take.”

Coming back to The Queen, viewers have advised them not to rush some storylines like they did to Clive’s, saying the story gave out a strong message that needed to be explored deeper.

The Clive story line was rushed. There was a strong message in that story line, it needed to be explored deeper. Manje lana we were given gwap-gwap of it. Akhona was supposed to move to the burbs. Clive was supposed to show all his abusive and narcissistic layers.

We are crossing fingers that the soap recovers from this before losing more viewers who are tired of being fed the annoying Noma played by talented Brenda Ngxoli and the overnight broke Goodness played by Zenande Mfenyana.