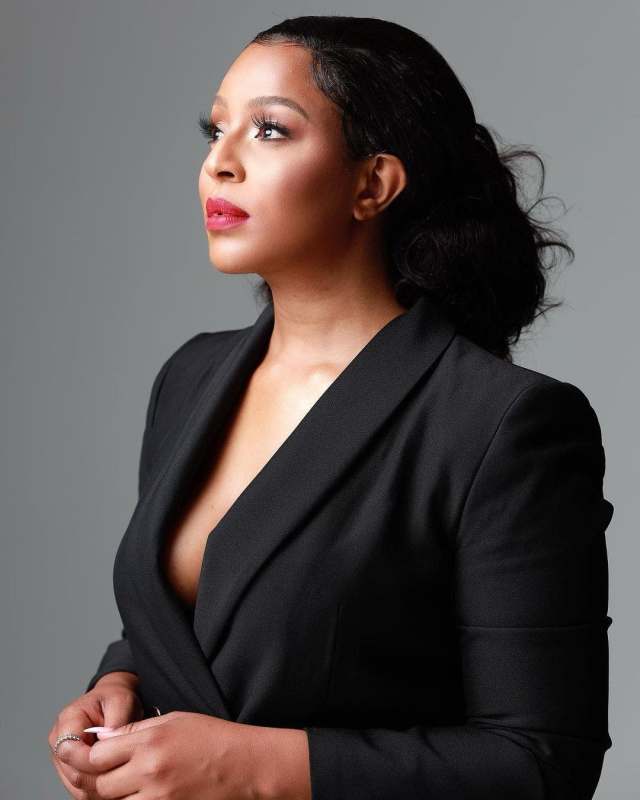 South African actress Jessica Nkosi recently took to social media to sing the praises of her employers, The Fergusons. Nkosi was impressed by how seriously their production company; Fergusons Films take their craft. “One thing about Ferguson Films… They will make sure… THE WHOLE TEAM!!! They will go above and beyond to MAKE SURE,” she revealed.

She also opened up about how lucky she feels to work for such a professional company, describing the production as equivalent to being on a set of a blockbuster movie.

“It’s actually such a privilege to work with such passionate people. Every single department brings it. I remember getting to set when we shot the action scenes and I was like, are we shooting a movie??? I love this.” She further added.

This comes after the emotional and devastating episode that saw Thato exit the show. He died in the most brutal car accident possible. Taking to social media to thank his supporters and viewers of the telenovela, Xolani Mayekiso shared penned a heartfelt post.

“Thank you for welcoming “Thato” into your homes from season 2. The opportunity has been amazing. What a journey… I’m so grateful. Itsss a WRAP guys!! Big thank you to the cast & crew @the_queen_mzansi @mzansimagic. Ngiyabonga. ABUTI”

The same episode also saw Rapulana Seiphemo’s Hector Sebata and Thembisa Ngxumalo’s Vuyiswa tied the knot. Pictures from the beautiful wedding have been circulating all over social media.

Thembisa joined the drama to temporarily replace Zandile Msutwana who got badly injured on set – she’s been booked off until she fully recovers.

“We do not doubt that with Thembisa’s immense talent and skills, along with the support and guidance she has received from Msutwana, the character of Vuyiswa Maake will continue to steal the hearts of the viewers. We are very excited for Mdoda-Nxumalo and thankful to her for taking this gigantic challenge with so much grace. We wish Msutwana a speedy recovery and look forward to her return soonest, ” read a statement from Mzansi Magic.