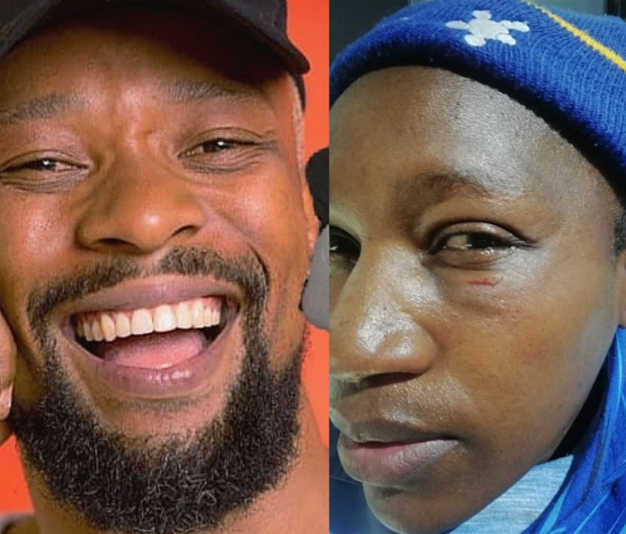 Actor SK Khoza has had to go on the offensive after a report emerged alleging that he and his fiancée had assaulted an employee at a petrol station in Midrand.

The actor issued his denial on behalf of the couple via social media on Sunday.

My fiancé and I didn’t assault anyone at any garage…

This comes after a recent report by a local publication in which a woman who works as a cashier at a petrol station in Midrand’s Waterfall area pressed charges against The Queen’s SK Khoza and his fiancée, alleging that she was hit in the face with a scanner during an altercation with the couple and another woman that they were with.

ZAlebs reports that a source who claims to have witnessed the incident recalled seeing the actor and two women arrived at the petrol station, walk into the store, and proceed to buy a bouquet of flowers.

The source added that the situation devolved when the cashier helping Khoza and his posse asked that he pack his own flowers as she needed to attend to other customers.

Khoza is then said to have instructed the cashier to pack the flowers for him as it is her job, resulting in an argument between them.

The women who were with the actor are said to have jumped in to come to his defence leading to one of the women grabbing the scanner and allegedly hitting the cashier face, sending the flower petals scattering all over the scene.

Anonymous parody Twitter account @AdvoBarryRoux shared an image of the injuries sustained by the cashier in this alleged fight.

SK Khoza and his girlfriend assaulted a cashier on Thursday at Sasol Garage Waterfall. The cashier has opened a case against them at MIDRAND Station. pic.twitter.com/jzFf1Zlw7m

The cashier showed her injuries to a local publication and claims to have sustained a black eye, bruising on her left cheek, and a deep cut below the left eye.

The cashier reportedly opened two separate cases; one of crimen injuria against Khoza and another of assault case against the unidentified woman who hit her.